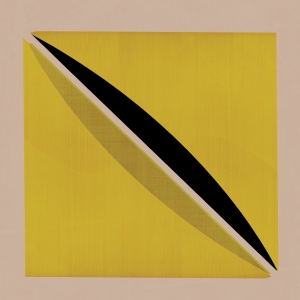 One cannot listen to the music of Snow Palms without making associations.  The use of mallet instruments, in particular glockenspiel, marimba and metallophone, conjures images of snow, winter, Christmas and magic lands.  The reason is likely subliminal, as church bells and sleigh bells share similar timbres.  The name helps; one thinks of the happy tropics, with a touch of white.

This is the second album for David Sheppard under this guise.  2012’s Intervals, also released in fall, leaned more in the direction of modern composition, while this one has a slightly post-rock bent.  The press release touts the electronics, but we hear more of the rock, especially in the fuzzed finale of the opener, the center of “Circling” and the entirety of “Everything That Happened”.  You can take the mallet player out of the post-rock band (State River Widening, Ellis Island Sound), but you can’t take the post-rock out of the mallet player.  The structures of the former group find particular echo in an album whose name includes the word; there’s no escaping the past, and in such cases, we don’t wish to.  But there’s also a sense of precision, as demonstrated in the video for “Rite” ~ every sound and image in its place, clarified and clean.

The center of the album contains the more ambient tracks.  Sheppard did write a Brian Eno biography, after all.  Whenever the mallet hits are more texture than note (“White Shadows”), or Emma Winston’s Omnichord (autoharp) comes to the fore (“You Are Here”), the album coasts on a sea of mood.  Adrift on this sparkling surface, one starts to daydream of faraway lands.  But then the drums of “Circling” bring the listener back to earth, serving as the tether to the spaceship.  The album’s shortest piece, “Echo Return”, is also its most dramatic, its final 52 seconds a call to move onward and upward.

How best to reconcile the two clusters: winter and space?  As the leaves fall, we gain a better view of the sky.  The stars seem to shine brighter, their light ever crisper.  The world celebrates the solstice and the appearance of the Bethlehem star.  Even those who observe no such rituals yearn to be uplifted in spirit, which is what Origin and Echo offers: the heavenly tug of a cold and stunning night.  (Richard Allen)