A Year in the Country ~ All the Merry Year Round 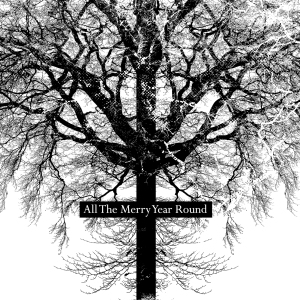 Now that Halloween is over, we turn our attention to upcoming holidays: the harvest festival and the winter solstice.  What’s that you say, you had other holidays in mind?  A Year in the Country‘s latest release reminds us that there once were other observances, and makes a good case for their resurrection.  The label calls this an “alternative calendar”, an ironic statement given the fact that the current calendar was once the alternative.

Christmas is the prime example.  No one knows when Jesus was born, but the early church adopted the date of December 25 to compete with Saturnalia.  Yet centuries before the Romans got into the action, ancient cultures recognized the recession of the sun and the turning of the year.  And strangely, the modern Christmas has become more like Saturnalia, thanks in part to Coca-Cola and the legends of Santa.  Now we are confronted with a huge array of possible celebrations, all occurring at approximately the same time:

And we may as well throw in artificial “shopper holidays” Green Monday (December 11) and Super Saturday (December 23) and awareness holidays World A.I.D.S. Day (December 1), Human Rights Day (December 10) and International Migrants Day (December 18).  But why stop there?  December will also include Fritters Day, Bacon Day, Miners Day and Violin Day, among many others.  On the one hand, madness.  On the other, every day is a new celebration. 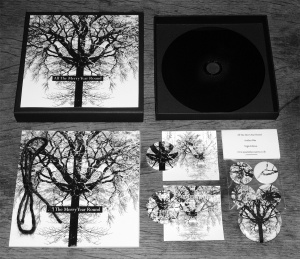 In the midst of such busyness, A Year in the Country reminds us of a simpler time, when nature determined the order and type of observance.  “I used to dream”, sings the narrator of “Towards the Black Sun”, as he eulogizes “the decaying church down on its knees”.  While Christians lament their increasing loss of influence (“Keep Christ in Christmas!”) and prophetic environmentalists rage against a political cold shoulder (“Global warming is just a theory!”), historians wonder why no one is asking them for advice.  After all, those who forget history are … or does it go, those who make the same mistakes … oh forget it.

Music can cut to the heart quicker than any prose.  Play the right notes, and a listener may think of days gone by: of simplicity, of purity, and yes, of spiritual value.  Magphai may sing without words, but her tone of sorrow is apparent.  Cosmic Neighborhood’s processional “She Became Ashes and Left With the Wind” conjures images of a town parade, perhaps an evening march to a raucous bonfire.  Polypores’ “Meridian” conjures the fear of winter with slow, creeping menace.  Nature is neither evil nor benign, a truth recognized by the ancient observances.

Album highlight “Tradition and Modernity” sets the two sides apart and demands a face-off.  But as they battle, their observers might tire of the tension and wander off, chasing a late season butterfly or following the sound of a stream.  Perhaps they will encounter witches and fairies; perhaps they will find themselves happily lost ~ the modern relying on GPS to return home, the traditional finding their way home by tracking the growth of moss on trees.  Or perhaps they will never return; they will stay in the forest, find a home, raise a family or be swallowed by a furnace.  Whatever happens, they will feel intensely alive ~ not because of any manufactured holiday, but because of this day, this experience.  All the Merry Year Round creates an atmosphere for wandering and wondering.  The set succeeds through counter intuition, its alternative calendar creating such a ruckus that it causes all calendars to blow away in the wind, leaving us only with the eternal, visceral now.  (Richard Allen)

Tags: A Year in the Country, All the Merry Year Round, Richard Allen, Various Artists