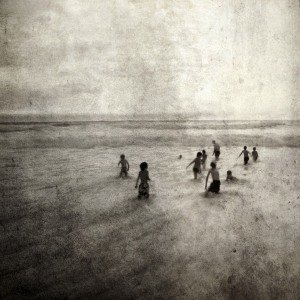 Settle in, and get ready for the long haul.  Silent Whale Becomes A° Dream offers post-rock as post-rock should be: four songs over the course of an hour, including two eighteen-minute behemoths.  The album contains all the excitement one could hope for, with long crescendos, short interludes and an overall sense of something larger than itself: in this case, the sea.

The liner notes refer to a person standing on a cliff after the end of a relationship.  One wants to fly and yearns to fall.  The vastness is unbearable: water as far as the eye can see.  Yet the sea also bears a sense of permanence, simultaneously death and life, offering perspective and a reason to go on.  As the band writes, “To the sea, we release everything for it so zealously keeps our secrets. From the sea, we regain the will to rise again.”

Could the album possibly be large enough, full enough, generous enough to contain such competing ideas, to simultaneously step back from the precipice and to fly?  It is.  The strings, directed by Julien Costa, provide the undercurrent that amplifies the emotions while enhancing the power of the guitars.  Their sound is the first to achieve prominence in “Dies iræ, dies illa”, which serves as an overture to the set.  The title refers to an old requiem mass that was removed from worship as it was deemed “too depressing”!  By co-opting the phrase, the band reclaims it for a new generation; and when the music crashes in like a giant wave in the seventh minute, one thinks, this is not depression, this is grandeur.

The phrase “Go big or go home” comes to mind, as the French band reaches high, then achieves its goals.  The largesse of these tracks makes the listener think of grand ideas: life and death, giving up and going on, and by extension of Christine Drouillard’s cover, playfulness and peacefulness beside the break.  These children (along with one adult in the background) view waves as something to be enjoyed rather than endured, a life lesson that may well carry them through.  Will they one day stand on that cliff, questioning whether life is worth the living?  And if so, will they remember these days?

Or perhaps we might view the album from another angle: that of the adult, recalling childhood through the sepia tinge of memory.  And now, cor contritum quasi cinis (my heart like ashes, crushed and dry).  Is there hope in recalling the distant past, when one was happy without romantic love, and wished to put it off as long as possible so that one could play?  As this track unfolds so slowly, so lightly, it ponders such a past and seems weighted with inevitability.  But then, like words of encouragement, the tempo increases, offering energy and propulsion.

Early in the third track, the music stops completely, representing a moment of truth.  What one makes of this moment will depend on one’s experience.  This break allows time for clarity of thought, for all decisions to be made.  From this point on, a direction is chosen.  The band demonstrates this through gorgeous melodies and a sense of battle.  The outcome still remains uncertain, but the protagonist has entered the fray.  Lacrymósa Dies Illa … (on that day …) a final judgment will take place.  But it need not be as dramatic as that.  Perhaps the lover ends, or perhaps only the love.  As final as it may seem in the moment, an emotional apocalypse can still be survived.  (Richard Allen)