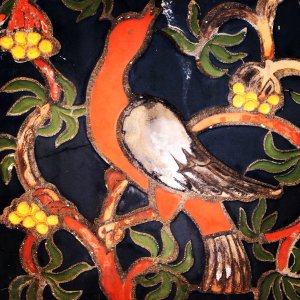 For those caught in thunderstorms without a coat, science suggests that one weighs more when soaked through with rain. And yet, what if the same tears from bruised clouds could bridge body and spirit? In a flash baptism by blizzard, would that not leave one lighter—at least in spirit—raised by sudden revelation? With clothes clinging like rags to ragged bones, the private quickly turns public. Consider it an act of humility only the sky can offer.

In Fyodor Dostoevsky’s novel The Brothers Karamazov, the source of the album’s namesake, the protagonist Alyosha was distinguished from his worldly brothers by his Christ-like purity. An “indefinite, indeterminate sort,” according to Dostoevsky, Alyosha lived humbly in a monastery. Known for compassion rather than ambition, he gladly listened to others unravel their woes. Patkus practices a similar self-sacrifice, circling lonely courtyards slick with November.

In an encroaching white-out of the heart, wet with vagrant weather, soft snowflakes tumble down cotton sleeves. Quietly, a monk sits sifting soul from matter. Hungrily, a lark forages for feed, cracking seed from husk. Although fleeting as its high-flying songbird, hope clings to Alyosha’s bare branches, distant but never aloof.

Where do larks go for winter?

About Todd B. Gruel

A bearded biped who still believes in 35mm film, 6-string guitars, and jet black cats.
View all posts by Todd B. Gruel →