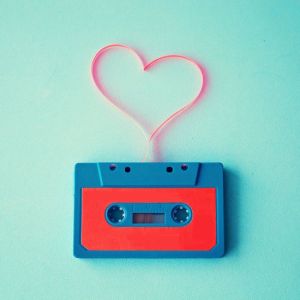 We knew the year would be different right from the start; we just didn’t know how different.  Current events had a huge impact on music, and the instrumental world was no exception.  In some cases, it even took the lead.

Our very cool cover image comes from Caroline Mint, whose work is sold at Society6.  This image, “A Love Mixtape Art Print”, is also available as a tote bag, a pillow and a clock!

What can you say when you have no words?  More than one might imagine.  Ambient artists sought to soothe a troubled populace reeling from an unending stream of natural disasters, acts of terror and polarizing political pronouncements.  One noteworthy example: Guenter Schlienz‘ Peace, inspired by the number of emails the artist received containing that sign-off.  A wish, a hope, a dream; whatever the interpretation, blessings were given to those who needed them.  In contrast, the drone community was angry in 2017, surprising us by being the most political of all genres.  Perfectly suited to reflect the global cacophony of noise, these artists still managed to find a silver lining, in particular Siavash Amini, who debuted TAR in Berlin under the banner “Fear Anger Hope.”

Female electronic artists made a huge splash this year, offering uncompromising music that often made no reference to the mainstream.  The Monika Werkstatt album destroyed gender bias, while strong albums from JASSS, Ziúr, Pan Daijing and others gave voice to a powerful movement, long overdue.  Blurring the lines between electronic and experimental, these artists created brand new blueprints, daring others not to follow or copy, but to invent their own as well.

Field recordists were on a mission to address habitat destruction and environmental degradation.  Dave Phillips’ South Africa Recordings is but one example aware of the aural threats and the urgency of capturing sounds before they become extinct.  This care carried into the post-rock community, best represented by long-time activist Rebecca Foon in Saltland’s A Common Truth, but apparent throughout Constellation’s roster.  In the field of modern composition, William Ryan Fritch lamented a changing way of life on Birkitshi, while John Matthias and Jay Auborn used Race to Zero as a commentary on modern technology, a theme echoed across the board.

These are only a few examples of artists engaging with their world and inviting listeners to do the same; never before were liner notes so central to the understanding of instrumental works.  These artists continued to create in the face of wilting opportunity; they collaborated with artists from other nations in the face of border shutdowns; they were angry, yes, but they underlined hope.  Their genres might have been different, but their mindsets were remarkably similar. 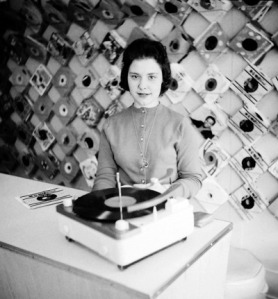 How We Listen
In terms of how we listen, 2017 was the tipping point for streaming, now widely reported to be the primary delivery system for music.  Although Apple’s HomePod launch was delayed until 2018, Alexa and Siri continued to bring folks closer to a Wall-E future.  Collector cultures continued to grow, as celebrated in Record Store Day and Cassette Store Day (though still no CD Store Day); but they still represent only a tiny fracture of revenue.  Brand new labels made a launch, including Attractive Coincidence (ACR), while some of last year’s new labels began to take off, such as Indonesia’s Tandem Tapes and the U.K.’s Whitelabrecs.  And for the first time in many years, more record stores opened than closed.  The days of Virgin Megastores may be over, but physical formats are continuing to thrive. 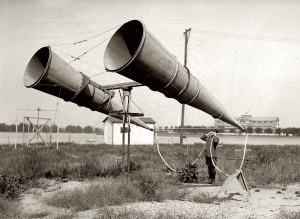 Site Growth
We’re grateful to all of our readers, who helped us to grow for the sixth straight year.  We’ve reached 17,000 followers, with over three million total views.  Our most popular posts in 2017 were our seasonal previews, Music for Nurseries: 20 Albums for New Parents and reviews of albums by Max Richter, Pan Daijing and the Iceland Symphony Orchestra.  Over the next two weeks, we’ll be presenting a number of specialty lists, followed by our year-end lists in every category and our overall Top 20.  Thank you for reading and we wish you all a happy and healthy holiday season, filled with music and light as we hold out hope for a better 2018.  (Richard Allen)