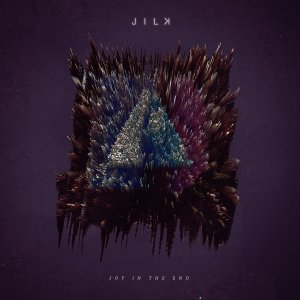 Two types of electronic music battle on this page: the smooth and soothing v. the jagged and challenging.  2017 was an especially good year for electronic music, as new genres seemed to develop before they could be named.  Industrial music made a comeback in an array of new forms.  Those willing to venture beyond the safe environs of EDM found a remarkable spurt of growth in the alleyways.  Yet there were also signs of crossover, as one of our top picks (Bonobo) poked its head into the pop realm, albeit more for its vocal aspects than its instrumental base.  In a fractured world, anything that brings people together is a sign of hope.  If we can dance together, perhaps we can dream together as well.

And now, A Closer Listen presents the Top Ten Electronic Albums of 2017!

Bonobo ~ Migration (Ninja Tune)
Those who have lived enough time away from their place of origin know well that migration is irreversible, in the sense that the new and the old conjoin to form something different, neither here nor there, anomalous and yet commonplace; Bonobo’s musical journey has also been comparable to this process, from the gorgeous instrumentals to the chart-toppers, always in-between a dozen genres and the shadows at the spotlight’s rim. Migration works anywhere and everywhere, for very different moods, its flow a continuous reassurance of mixtures and hybridity of sounds that glow with the welcoming warmth of new experience. (David Murrieta)

City ~ A Goal is an Image (Halcyon Veil)
The Vancouver setting may have had an influence on Will Ballantyne’s sound, as the ghosts of old Skinny Puppy, Front Line Assembly and Numb make their presence known on this industrial grime debut.  Yet there’s no mistaking the fact that the music was made in this century, the old futurism giving way to the new.  Aggressive and melodic in equal turn, this album makes a visceral impact.  Whenever the drums dissipate, they reveal glimpses of hidden beauty.  (Richard Allen)

Deison | Mingle ~ Tilaventum (Finalmuzik)
Every day more and more people are coming to realize how central water is to our lives, how important it is that we safeguard this precious resources for future generations.  Tilaventum captures the vitality of water through an exploration of one particular river, the Tagliamento, stretching from the Alps to the Adriatic. The album takes its Latin name, highlighting the history of the river and its connection to larger ecosystems and cultures. Each physical release is even accompanied by a stone from the river. Deison and Mingle are frequent collaborators, with Tilaventum their second release of 2017, yet this CD is more restrained and reverent, capturing the power of the river from its soothing calm to foreboding flood. (Joseph Sannicandro)

Gidge ~ LNLNN (Atomnation)
Gidge returned to the cold north of their native Sweden on LNLNN. The duo’s ambient leanings took a backseat as harsher textures and rock solid beats emerged. Although much of its music was sampled from their earlier album Lulin, LNLNN had a very different tone. Vocal spirits and stony beats ensured a cold, dark and stark environment, but it still shone like a heart set on fire, untouchable with its inner warmth. The melodies lit up the music like a makeshift campfire in the depths of December woodland.  (James Catchpole)

Indian Wells ~ Where the World Ends (Friend of Friends)
Rounded beats and a positive vibe make this album seem like the kindest apocalypse imaginable.  With music like this, one need not be afraid.  Deep bass, wet synth and steady tempos are the marks of this colorful, soothing album.  When the chimes enter the title track, the set hits an emotional peak, and dances to the end of the world.  (Richard Allen)

JASSS ~ Weightless (iDEAL)
It’s been a noticeable trend of 2017 for female artists to produce debut albums that have blown our socks off (Pan Daijing and Ziúr for two). JASSS is arguably the pick of the bunch, a forward facing electronic album that is hard-edged enough for a fan of, say, Silent Servant whilst being approachable enough for somebody who’s just discovered the work of John Carpenter and wants more. The focus is primarily on those beats, that bassline, but the album is full of invention: rhythms shift, sometime imperceptibly, and there’s a spark of humour in the samples used. The only thing holding Weightless back at the moment is its limited release – this is an outstanding album that deserves to be heard. (Jeremy Bye)

Jilk ~ Joy in the End (Project Mooncircle)
“Everything is going to be okay.”  The words need to be repeated, and on “Let’s Still Be Weird Right”, they play on an infinite loop.  Jilk takes the listener’s hand from “The End of Joy” to “Joy in the End”, acknowledging the weight of the world while offering consolation and encouragement.  The album makes a case for hope in a time when hope seems lost: a wonderful statement that seems even more apt at the end of the year.  (Richard Allen)

Joydah ~ Jouissance (Self-Released)
The artist was once so tired of pop music that he exiled it from his life.  Over time, he relented, and now uses samples to embellish his rhythms.  There’s great joy in these grooves, enough to awaken one from a depressive funk brought on by too much advertising and too many commodities.  The artist refers to this work as “the seeds of a new noise” ~ if so, we like it so much more than the noise around us.  (Richard Allen)

Obsequies ~ Organn (Knives)
Obsequies calls Organn “an album about love and duality.”  It’s also an album about identity, about finding one’s place in the world apart from labels and definitions.  The music follows suit, never quite settling on a single sub-genre, mixing in some organic instrumentation before smashing it to bits.  The album comes across as harsh because the world is harsh, but it finds its grounding in uniqueness.  If this artist were like everyone else, we never would have noticed; now the tables are turned, and the odd one out is the one we want to hear.  (Richard Allen)

Throwing Snow ~ Embers (Houndstooth)
“Cycles interact with each other, endlessly morphing an interconnected landscape.” While describing the inspiration behind Embers, this line from Ross Tones aka Throwing Snow applies equally to Embers itself – a stunning electronic mix of bold ambition and execution. Throbbing beats and pulsing arpeggios provide the rush of blood, but expanses of minimal synth or natural-world sounds offer cerebral peaks from which to observe the shifting world. The cycles that govern this world present in melodic or rhythmic themes that echo across the set’s disparate landscapes – and as sure as death begets life, the final track bleeds into the first so the dance never has to stop. (Chris Redfearn-Murray)