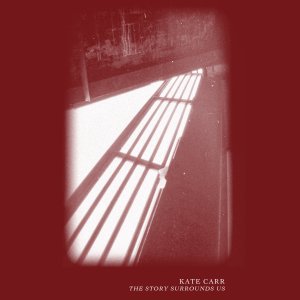 While each of our categories travels around the world, only this one sounds like a passport book.  From the beaches to the mountains, Belgrade to Tibet, these artists unpack their listening devices and head into the wild.  Sometimes this means walking a city street; sometimes it means foraying into the jungle.

Trumpeters and Taiwanese frogs know no boundaries, although we may tag them with local names.  The Cities & Memory project in particular attempts to break down borders both geographical and political.  We may view the earth as territory to be conquered, owned, and / or plundered, but each of our actions has a consequence.  These artists remind us of the importance of listening, to discover what has been drowned out.

BJNilsen ~ Massif Trophies (Editions Mego)
An appreciation of natural surroundings reveals the ever-present mark of human culture in BJ Nilsen’s solo debut for the venerable Editions Mego. A work of field-recording and subtle digital manipulation, Massif Trophies presents a sonic narrative of Gran Paradiso in the Italian Alps. The opening makes a thunderstorm in the mountains seem almost soothing, while a composition of cow bells and droning resonances is surprisingly pleasant. As the album progresses, however, the mood darkens in proportion to the level of manipulation of the source material.  The return to civilization is marked with dread in this metaphorical descent from on high. (Joseph Sannicandro)

Carlos Casas ~ Pyramid of Skulls (Discrepant)
Pyramid of Skulls was both a cry and a celebration, capturing with immediacy a culture in danger of disappearing. The record is primarily a one-off field recording, giving it an authentic feel and coming across as a living, recorded document. The sound unites the listener with the people of Pamir, bringing a level of intimacy, understanding, respect and deep contact. Only the best field recordings can do that.  (James Catchpole)

Cities & Memory ~ Sacred Spaces (Cities & Memory)
The album is only the physical specimen, a series of reimaginings of the original recordings.  The primary project is the sound map, which presents choirs and bells, organs and prayer wheels in their purest incarnations.  The overall impression is one of shared faith: not any particular faith, but faith in general.  Cities & Memory followed this release with its antithesis, presenting sounds of protest; but we’ve heard too many of those, and too few of these.  (Richard Allen)

Francisco López ~ untitled#352 (Nowhere)
Lopez has always been an uncompromising artist, but Untitled #352 deserves recognition for its sheer stubborn ambition. Lopez presents five hours of uncompressed raw field-recordings made in a boiler plant near Paris, letting the listener find mantric rhythms buried in the drone of machines that we rarely think about yet play a central role in urban life. The final 20 minute composition, produced for Anne Collod’s choreographic project Exposure, draws upon and mutates that raw material in a way that requires the dedicated listening familiar to fans of Lopez’s work. Yet the preceding five hours doesn’t just grant some small window into Lopez’s process but primes the listener to listen with greater virtuosity.  (Joseph Sannicandro)

Izabela Dłużyk ~ Soundscapes of spring (LOM Label)
Returning to the field after Soundtracks of summer, Izabela Dłużyk solidifies our admiration in a brand new set.  Her ears are so attuned to her surroundings that she seems to disappear in these recordings; the creatures beside her are happy to go on with business as usual, as safe in her presence as the birds of Snow White.  The sounds she captures are just as magical.  (Richard Allen)

Jared Sagar ~ Holme (Unfathomless)
Although every sound on Holme was captured using a $100 recorder, Jared Sagar’s cost-point is not an end-point to Marxist doctrine, but a starting point to creative agency. Whereas many field recordists prefer a look-Mom-no-hands approach with high-fidelity equipment, Sagar skews any concept of purity, favoring a refreshingly personal Expressionism. Recorded on a nature reserve in Holme-next-the-sea, Norfolk, UK, the beauty of Holme lies in what the whipping winds and beating sea mean to Sagar: coastal recordings diced, spliced, and computer treated for vivid effect. Sutured overtones drift like fault-lines between Polaroid scene cuts: one moment we’re inland, ringed by birds and rabbits, the next moment cliff-side, face damp with ocean spray, clouds scampering where no hand can reach.  (Todd B. Gruel)

Kate Carr ~ The Story Surrounds Us (Helen Scarsdale Agency)
Kate Carr’s field recordings and textural experiments not only bend but but ultimately break the so-called-rules of what we consider to be music, narrowing the gulf between structured music and the apparently random waves of sound that both bombard and embalm the ears on a daily basis. The split between the two became indistinguishable here. These playful, composed experiments brought the same result, be it in the frenetic sizzle of electricity or the rhythmic scrunch of a creaking door – everything’s music.  (James Catchpole)

Katharina Klement ~ peripheries (Gruenrekorder)
“What does Belgrade sound like?”  Katharina Klement asks the question not only of herself, but of the local residents she encounters, with colorful results.  She travels the streets, picking up memories and realities, visiting the trolley bus, the river, the zoo.  In the end, the inhabitants are the greatest draw, the warmth and humor of their responses painting the city with natural ebullience.  (Richard Allen)

Soundwalk Collective, Francisco López ~ Khandroma (Oversampling Records)
Peace on one side, chaos on the other: the serenity of prayer wheels back-to-back with the sound of whipping winds.  Tibetan Buddhism recognizes the contrast of life, and seeks balance.  Khandroma achieves such balance here, transfering the sounds of the world’s highest monasteries to the relative safety of our homes.  The white vinyl adds a touch of visual purity.  (Richard Allen)

Yannick Dauby ~ Wā Jiè Méng Xūn (ini.itu)
For Yannick Dauby, a French sound artist living in Taiwan, the sounds of nature are lucid and alluring. If admitting to being “in a special relationship with tree frogs and modular synthesis” amounts to infidelity in some circles, we thank Dauby for the infatuation that is Wā Jiè Méng Xūn, a delicate rendering of amphibian croaking. But Dauby’s greatest contribution is not the signal-to-noise ratio; fans of sci-fi soundtracks will be pleased to hear Dauby wielding electronic instruments alongside his tailless subjects for a dialogue that treats field recordings like sheet music. Even David Attenborough never taught us this: man can still talk with nature when he cares to hear what he cannot simply see.  (Todd B. Gruel)