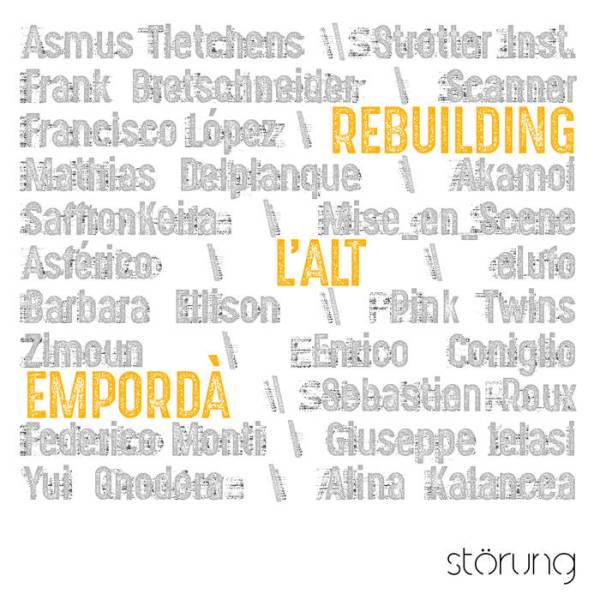 The Störung label has just released Rebuilding l’Alt Empordà, a  compilation featuring previously unreleased contributions from 20 artists to benefit the reconstruction of the region of Alt Empordà in Catalonia, which was devastated by a tornado on January 7th of this year. 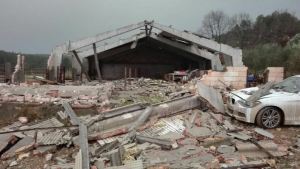 Founded in 2006 by Alex Gámez, Barcelona’s Störung is more than a label, having grown into a platform for experimental audiovisual art that includes a studio, radio programs, and the Störung Festival. Releases include work by Francisco López, Tomoko Sauvage, Kim Cascone, and Retina.it. The affected area has close ties to Störung, and all revenue from the compilation will be donated entirely to the towns of Cistella and Terrades, both affected by the tornado.

Many of the artists featured on Rebuilding l’Alt Empordà are well-known to our readers, including Scanner, Enrico Coniglio, Giuseppe Ielasi, Mise_en_scene, Sebastian Roux, Asmus Tietchens, and Frank Bretschneider. You can find a full list of all the contributors below.

Knowledge of the disaster colors the listening experience.  The soft wind and crackle of Zimoun‘s opener “Room 5” sound like the preface to tumult, while otherwise they might be received as a gentle blanket.  The repeating electronic tones of elufo‘s title track (II) seem like warning alarms, even more so as they rise in volume; while the synthesizers of Pink Twins‘ 13-minute “Air” howl like the heart of the storm.  But all storms must end.  Scanner‘s unexpectedly beautiful “Brilliant Moonlight” bears a pulse like a heartbeat and ambient washes like the receding tide.  And when water pours through Yui Onodera‘s “Katami”, it sounds like normal draining, a whisper to a stream.

At twenty tracks, the album is large enough to take in field recording, drone and electroacoustic experimentation.  The most unusual piece is Francisco López‘ “untitled#358”, which exposes previously unheard connections between a tornado and a football match, the rising and falling of cheers matched by the piercing whistles of the wind.  Sergio Garcia would be proud.  The best aspect of this composition is that it implies normalcy: a condition that may be far off for the residents of Alt Empordà.  But now these artists ~ and by extension, our global musical community ~ can help.