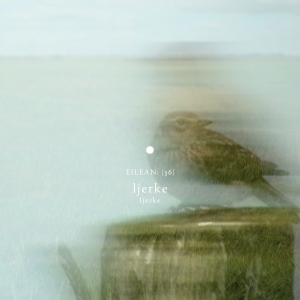 For years, many assumed that the Frisian words of Jan Kleefstra were untranslatable, but their mystery is the key to their appeal.  The Kleefstra brothers have been enchanting audiences for years by pairing intriguing textures with solemn poetry.  On this recording, they collaborate with a number of other artists from the Netherlands, Norway and Iceland, translating their improvisational experience into an aural and visual phantasmagoria.

Electronic effects abound, but the band makes effective use of organic instruments as well: guitar, contrabass, dulcimer, trumpet, bell.  The bowed accompaniment of “Tsjilland” creates a mood both modern and medieval.  Drones enter like wind in “Waarbekkasin”, connecting the album to winter in the northernmost regions.  One can imagine the players dressed in full-length animal skins, trudging across the tundra.  Kleefstra only uses his indoor voice, yet still he can be heard: wise, world-weary, and worn.  Whenever the volume increases, his words dissipate, as if lacking the energy to be heard.  But still, out of respect, the other players part to give him room.

The beginning of “Skiermunk” sounds like air escaping from a balloon or an open vent.  It’s hard to stay warm in winter, to plug every hole where a draft might come in.  Better to create one’s own wind, to push back the cold with warmer air, heated by the lungs.  The percussion of “Hettekobbe” sounds like the festivals in which objects are struck in order to ward off evil ~ a human din to frighten the specters that lurk beyond the fire.  The final surge of feedback is the album’s loudest moment.

The only comparisons one can make are to other Kleefstra collaborations.  The players and music may change, but it all comes back to the voice: that of a poet so powerful we need not comprehend the words in order to intuit the message:  we will not lie down and die in the snow.  (Richard Allen)