V/A ~ Soundmaps for the Dreamer II 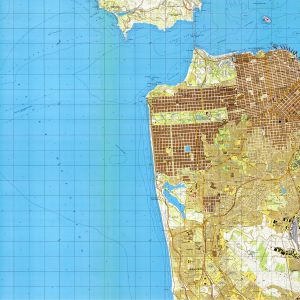 Soundmaps for the Dreamer II doubles the length of its predecessor, and is a gold mine of sound: a 37-track collection featuring four hours of field recordings and soundscapes from around the globe.  The variety is high, the quality even higher.  The set offers a wonderful entry point into the genre, and is also a perfect introduction to Madrid’s Sonospace label, which will celebrate its fifth anniversary this summer.  Over the years, many of our favorite artists have seen releases on the label: Enrico Coniglio, Giulio Aldinucci, Jared Sagar and Luis Antero, to name just a few.  A recent release from Nicola DiCroce even echoes the name of our site:  Listening Closely.

Usually when one encounters a set of this length, one expects to find an hour or so of decent selections.  Not so here.  An entire evening goes by, and the attention never wavers.  While listening, one may wish to peruse the soundmap archive in order to identify where these recordings were made; or one may simply go wild on Google.  While a little more detail would be welcome, most locations can be identified; “Brady’s Report”, from Dieter Nyman, comes from the Soviet Union, but one would never guess as much from the title; the image provides the art used for the overall release.

One of the project’s boldest moves is to begin with a 17-minute piece.  It’s like putting all the eggs in one basket, this one held by Concha Garcia.  But it turns out to be  a wise decision, as “Coronel Seguí” brings the wildlife of Buenos Aires to life.  The further into the forest the listener goes, the more fauna is heard.  This piece would make a winning EP on its own, as it tumbles from segment to segment with nary a seam.  Nyman’s piece displays its loops early, allowing an appreciation for repeated sound as it plays against a moving backdrop.  Martina Testen then offers a “pure” field recording of waves in Port Pegasus (New Zealand), while Paul Hughes introduces the sounds of industry in “Lisboa Electrico” (Portugal) and Ekin Bozkurt injects the human element in “Kadıköy” (Turkey).  The sonic difference between these opening tracks is as large as the travel time between destinations.  Their sequencing allows even the casual listener to make distinctions between field recording, edited recording and soundscape, and underlines the variety of the genre.

Favorites?  Yes, we have plenty.  The length of the collection vaunts it past our normal parameters, preventing us from giving each track the attention it deserves.  But in this case, that’s not the point.  The release is intended to shine a spotlight on the field as a whole, acting as the front door of the field recording mall.  Once one enters, one wants to visit everything.  A third of the way into the album, one encounters James Osland‘s “Afon Rheidol”, the album’s first foray into ambience.  This gentle piece underlines the affinity many ambient artists have for field recordings, but is valuable due to its specific nature.  This isn’t just miscellaneous water; it’s a specific river in Wales.  Joey Zaurrini‘s “Lake Magog” (Canada) injects a note of dark ambience, beginning with footsteps and ending in chant.  Sebastian Six‘s “Signal Rock” (Scotland) contains windy drone and radio static, while John F. Barber‘s “Internet Galaxy” is packed with signals and beeps, bordering on glitch and further emphasizing the manners in which the genre intersects with those in the purposely musical fields.  As soundscapes are by nature experimental and composed, the only ACL genre not touched here is post-rock.

There’s plenty of natural excitement here as well.  Valerio Orlandini‘s “Isola D’Elba” (Italy) revisits the lushness of the opening track, albeit from an island locale.  We love Colin Hunter‘s “Bruges”, partially because we’ve seen the film and partially because we love bells, as celebrated in last year’s soundmap from Cities & Memory.  To listen to the album is to travel from city to suburb, from forest to jungle, from layers so rich they seem beyond comprehension to tones so elusive they seem nearly inaudible (Simon Serc‘s “Nova Zembia”).  We’ll be unpacking this one for quite a while.  (Richard Allen)