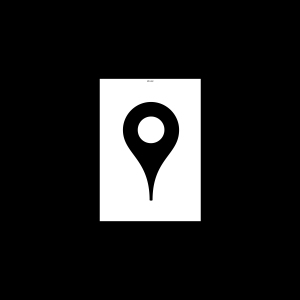 In 2016, Matmos explored the sonic possibilities of a washing machine on Ultimate Care II.  In 2018, Andrea Taeggi does the same with the piano.  Noméri — Tere is less of what one might expect from a piano album and more of what what might expect from a percussion album.  The strings are peppered with nails, the walls are fair game, and the action takes place from within rather than from without.  Perhaps the album’s greatest contribution is that it seldom sounds like a piano at all, making us wonder what we’ve been doing all these years concentrating on those 88 keys.

Technically, Noméri — Tere is a solo piano album, a fact that brings us some amusement as we enjoy its timbres: the strumming, plucking and tapping that sounds like a herd of heavy mice trapped between the boards.  But not just any mice ~ methodical mice, carefully investigating the boundaries of their confinement.  Taeggi ~ whom we’ve also come to know as half of Lumisokea ~ is curious yet melodic, seeking to create a write a new language, mapping the possibilities note by note, letter by letter, word by word.  Most of us have only used our fingers; Taeggi uses mallets and bows.  Midway through Side A, the notes are like bells, the walls like drums, an inversion of possibility that manages to sound electronic despite its organic nature.  Who knew the inside of a piano could sound like a synthesizer?

By combining melodic segments with scratchings and rattlings, Taeggi preserves the feeling of experimentalism within a composed framework.  These works contain obvious bars and trajectories, the musical version of a scientist’s notebook.  Moving from genus to genus, Taeggi operates like a taxonomist, placing each cluster of sounds in a specific family.  Side B begins with guitar sounds, another surprise that one suspected was possible, exposed only by the dissection of the instrument.  One can imagine Robert Plant singing over the third minute:  to find a queen without a king; they say she plays guitar and cries and sings.  Give us four such musicians ~ a “regular” pianist and three of these on guitar, drums and strings ~ and we’ll have a band.  In the sixth minute, the sounds grow incredibly quiet, even pensive, but it’s all a tease for the final push, a joyous explosion of beats and taps that makes one exclaim, “Where can I get one of these?!!”  Ironically, many of us already have them; we just never thought of using them like this.  There’s no telling whether a retuned piano soundboard can be turned back into a piano, but after this we’re thinking we’d like one of each.  (Richard Allen)