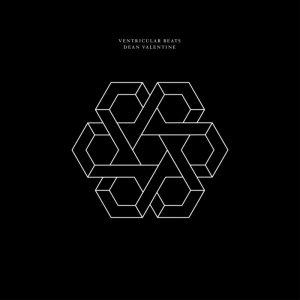 With much of the Northern hemisphere sweltering in at times overwhelming heat, an intense electronic set inspired by a desert makes a fitting soundtrack. Oppressive and kinetic, Ventricular Beats is derived from the soundtrack to a 2016 film, Tiger Raid, a tale of two mercenaries set in the Valley of Jordan.

I’ve not seen the film, but I don’t need to; this thoughtfully sequenced soundtrack succeeds as a stand-alone work, moving through throbbing textures, hazy ambience and ominous drone. Mirroring the sparseness of the war-torn desert, composer Dean Valentine forms vistas of smouldering intensity from but few sources at any one time. Gnarly synthesizers and distorted guitars are the rocky foundations, and transient piano and vocals appear like winds, shifting sand to alter the land’s aspect. All the while, beats and percussion are like the baking sun ~ distant, not always visible, yet omnipotent.

Tension permeates this set, but often lurks like a hunter in the background. Effective use of drums and percussion pushes this tension to the fore. In “Tiger Raid Theme” ~ the most immediate piece in the set ~ percussion and beats combine to drive forward an eerie melody played on an wind instrument, evocative and mournful. A steady guitar chime and rumbling bass briefly carry an echo of Trent Reznor. Deeper into the desert, percussion and thunderous toms interrupt the fuzzy drone of “Another Betrayal”, defining the piece despite their mere 40-second stay. Title track “Ventricular Beats” is more experimental, drifting from an amorphous intro of choppy swells, blips and beeps into a pulsating techno track, with the composer sampling and cutting up a melody that marked us earlier.

Dublin-based Valentine, whose previous work includes the music to the trailers of many a Hollywood blockbuster film, is clearly adept at distilling, both concentrating his music and extracting the key emotions from his audience. Most of these tracks don’t push four minutes, keeping the pace lively across the nine-track vinyl release. Unusually, the digital set incorporates five additional tracks throughout, rather than just stitched to the end. These tracks are drawn to the abstract as a desert wanderer is to water, slowing the pace of this lengthier set. “The Abyss Stares Back” features whispered chanting and vocalising, intimating a threat suddenly much more immediate, while atmospheric “Atomos Part I” leads us toward a vacuous horizon with droning layers that rumble and gleam. Female vocals perch overhead but quickly take flight again, finally returning toward the set’s end in “Marilyn”. Here, over softly eerie strings and a strengthening synth growl, the voice descends like a spectral augury of calamity.

Suddenly, a shaft of warm light appears. Finally we feel hope ~ a hope that strengthens through the final two tracks marking the vinyl’s close, and our tale’s resolution. Now redeemed, we finally crawl out from beneath the oppressive heat, and stretch ourselves tall. (Chris Redfearn-Murray)