We Will Fail ~ Dancing 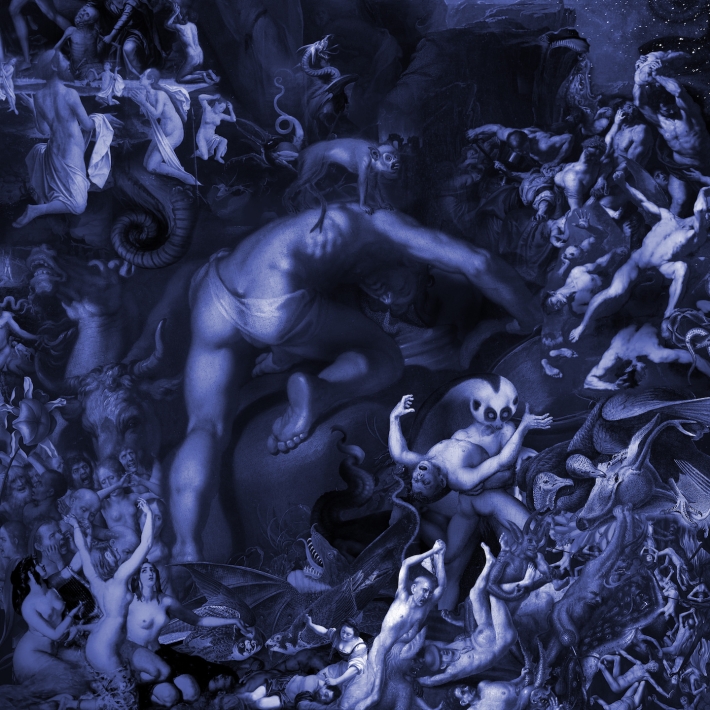 Our story begins with a sad admission from Aleksandra Grünholz (We Will Fail):  “I don’t dance anymore.”  The statement conjures associations with George Michael (“And I’m never gonna dance again, guilty feet have got no rhythm”) and Men Without Hats (“If you don’t dance, then you’re no friend of mine”).  But for Grünholz it seems to be about transition, as she continues, “I don’t party.  I don’t let myself go.  Some time ago that part of life slipped away from me.”  As the head of a graphics design studio (responsible in part for the look of Unsound), she has often found herself burning the candle at both ends, thinking about the night and its implications.  The visual tone represents a tonal shift from the bright floral greens of her debut and the crimson blossoms of her follow-up.  The new album is drenched in indigo ink, an apocalyptic collage born of Bruegel and Bosch.

The night implies mystery, loneliness, furtive connection.  Grünholz uses the elements of rave in her music, creating something newer, darker, more foreboding.  This is the same technique she uses in her art, although these paintings were already menacing.  It’s as if she’s still dancing while remaining still, deconstructing the very sounds that once caused her to lose abandon while inviting others to continue their nocturnal choreographies: living vicariously, imagining the outcome of her studio efforts.  To this end, a pair of EPs were released this past winter, both bearing the same distinctive palette and theme.  Schadenfrude introduced “Night” along with mixes from Ziúr and Eomac; Very Urgent introduced the title track, a remix from Peder Mannerfelt, and two additional remixes of “Night” from Kangding Ray and M.E.S.H.

Unfortunately, “Schadenfrude” didn’t make the album, although the other tracks did, “Night” in an alternate rendition.  The artist’s offerings seldom remain in a single form.  The roots of Dancing, for example, stretch back as far as “Sample X3” and “061” on her Soundcloud page, from 2014 and 2015 respectively.  (The latter is available as a free download to subscribers of The Wire.).  Even after tracks appear, they are often modified by other artists or by We Can Fail herself.  It will be interesting to hear what eventually becomes of the closing track “Diving in Plastic,” as the artist intended it to “leave the listener hanging;” will another artist write a conclusion? 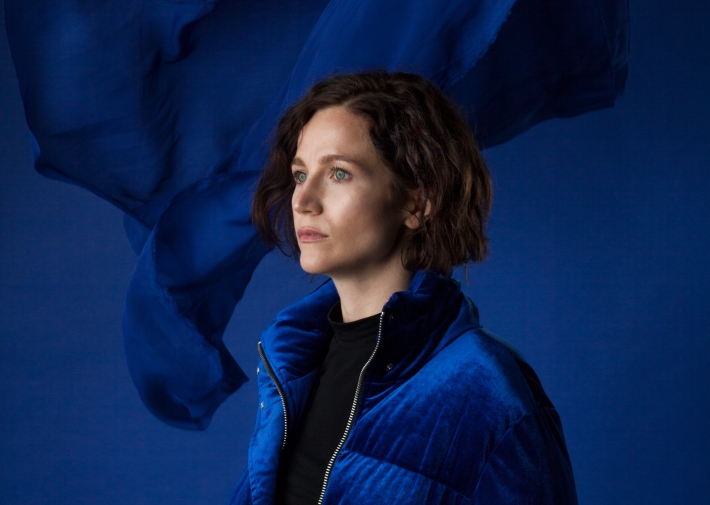 Many of these pieces, “2018” in particular, use themes often found in EDM.  Repeated ad infinitum, one or two of these passages might be the basis of a crossover hit.  Instead the artist layers them in such a way as to defy expectation.  “Night” and “Economic Maladies” are the most suited to the dance floor, although “So Who’s the Man” is the most powerful track, building from buzzes and beeps to a science fiction showdown.  This slow-grower reflects the theme of “regaining power.”  Such access is sorely needed in the modern era, as explored in the quieter “Beasts from the East,” which Grünholz writes “was inspired by the thought of being a small peace loving person in a chaotic world that is dominated by stupidity.”  The album’s harsher tracks underline the thought that a person can be peace-loving and at the same time filled with aggression, although this aggression is creative and cathartic.

We Will Fail has always been an multi-faceted moniker, either discouraging or liberating depending on one’s interpretation.  On the one hand, it’s a bleak diagnosis of the human condition.  On the other, it’s an invitation to keep trying, with less pressure to succeed: to make art for art’s sake, to spread love for love’s sake.  It’s clear that the artist loves dancing, as she’s used this opportunity to deconstruct and reconstruct the elements of the dance floor, and named the album after something she no longer does.  Our hope is that the artist will rediscover the freedom of letting go, joining her fans in the dangerous, translucent night.  (Richard Allen)