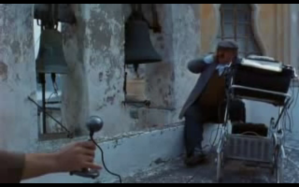 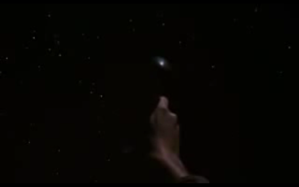 In the film Il Postino (1994), the titular Postman becomes inspired to express himself after encountering the Chilean poet Pablo Neruda, living in exile on a small island in the south of Italy. Neruda helps the Postman, Mario, to pursue his own Beatrice, standing in for Dante’s ideal woman. The Postman successfully courts his love, but still feels he cannot express himself as can the great poets. Mario becomes inspired again, upon re-listening to a phonograph he first heard when he met Neruda. He realizes the power that sound has to convey emotion, a sense of place, the pride of a people, and the uniqueness of each individual. Unable to write a poem or a song, he creates with a microphone instead. After Neruda leaves the island to return to his native land, Mario uses the poet’s tape recorder to create a poem not in words but concrete sounds: the sounds of the island, the sea crashing ashore, the gulls overhead, waves small and large, the wind at the cliffs, church bells ringing (with priest), the starry night sky, and his unborn son’s heartbeat. And finally the tragic sound of the police rushing a panicked crowd and the of pop of bullets.

This fictional “sound poem” on tape, made by wheeling a tape recorder around an island in a baby carriage, is perhaps my earliest memory of the art of sound that we call field recording. While it is serving the narrative of the film, it remains fixed in my memory as an enduring example of the poetic capacity of organized sound.

Usually we think of microphones as tools for recording voices and instruments. We aim them towards individuals or groups who make noises with the intent of being recorded (or amplified). We have developed complex techniques and studio practices for recording in such a way. Yet Mario the Postman found his creative voice by turning his microphone around, capturing the sound of his natural surroundings and of his village. The artistic intent is inverted; it doesn’t originate with the source of the sound, but the one aiming the microphone, which follows the law of record whatever.

There is by now a rich and varied history of field recording and phonography as an artistic practice, one which encompasses a wide range of styles from Halim El-Dabh’s early manipulated wire recordings, to Luc Ferrari‘s anecdotal music, to R. Murray Schafer‘s ecological soundscapes. Today, field recording has become so ubiquitous as a production technique as to have become unremarkable. Nonetheless, an entire genre has emerged which makes field-recording its central pursuit. Our Field Recording & Soundscape category demonstrates the breadth of work created foregrounding phonography. Browsing the category you’ll find recent work from Kate Carr, Francisco López, Michael Lawrence, Chris Watson, Mary Stark, Gonçalo F Cardoso, Philip Samartzis & Daniela d’Arielli, and many others. And this is only just barely scratching the surface of what is out there, far more than we could ever hope to cover.

Inverted Microphones is a new quarterly series dedicated to the art of field recording, and inspired by our love of tapes. These two interests find perfect synergy in the work of the author of our first installment. Giovanni Lami has made a name for himself through rigorous artistic exploration of the material and conceptual properties of magnetic tape. I had originally invited Lami to contribute to the Lost Children mix series, but his approach was so unique and creative, so in excess of the traditional qualities of a mix, that we decided to instead launch a new series.

Lami’s inaugural mix is part of a body of work he calls Tapeocracy. “I have this name I use for everything concerning ‘tape things’ in my work that is not related strictly to my music,” he tells me. “[For example,] I use it for a lesson I’m carrying on about tape music’s history, and a playlist I arranged with brand new contributions by artists I know for La Digestion‘s last appointment.”  He goes into more depth, in an Italian article promoting a recent event:

For years now, utilizing magnetic tape as a corner of my practice, and always seeing the public’s interest towards this medium that is at the same time familiar and unknown, I thought to structure a listening session / lesson that briefly explains what it is, but is principally a selection of pieces and compositions by others in which the magnetic tape plays a fundamental role, in different forms, as a creative element and a genuine instrument.

In this mix, Lami not only continues this pedagogical aspect, sharing interesting work, but also channels the techniques he has developed in his artistic practice, as demonstrated in his Hysteresis series. Here he fuses his love of tape with the possibilities unleashed by the art of field recording. “I used 15 tapes, short cuts and most of the time I didn’t mind the position, I just mix on the fly working on mixer’ EQs and volumes and so on. Everything was really instinctive.”  His integration of live field recordings is just as idiosyncratic, both from the sounds produced from his manipulation of the tape players and also from the sounds outside his window. Of the mix session, he recalls, “The setup was crazy because I was in the mood to mix the tapes with sounds outside my house with sound inside (like me working on two Walkmans, pressing buttons, open and close them, and so on, it could come a courier or the postman but it didn’t happen). So, you can listen the tapes, people talking and birds and cars and bikes from outside, and my work on the mix.”  I’m honored to share the result, Giovanni Lami’s Tapeocracy. (Joseph Sannicandro) 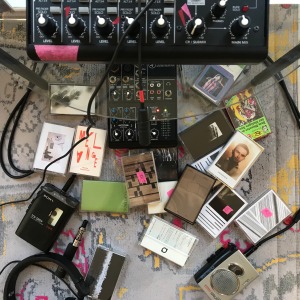 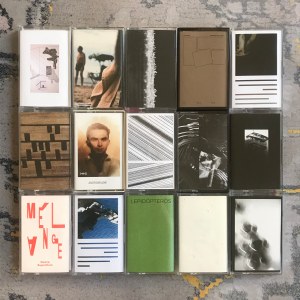