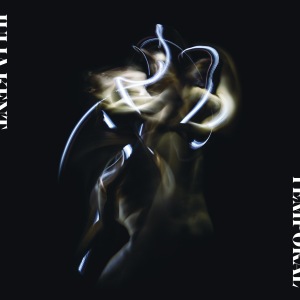 Five months after her collaboration The Great Lake Swallows, cellist extraordinaire Julia Kent returns with her first solo album since Asperities.  Temporal is deep and distinctive, another high mark in a distinguished career.  The beauty of the set is found in the variety of tracks, as every multi-layered piece contains one or more elements that set it apart from the others.

At twelve minutes, the opener is a bold statement.  Whenever an album starts with a track this long, we think of Sophie Hutchings, which in this case is oddly appropriate as the two recently recorded flip sides of the same 10″ for the Thesis project.  This particular piece, “Last Hour Story,” is so akin to post-rock that we are tempted to file the album in that category.  On the one hand, it recalls Kent’s years with Rasputina, and on the other, it sounds like the best guitar-free post-rock we’ve ever heard.  And who knew this could be done with a cello?  Some post-rock bands have included cello tracks, but as introduction or filler, not as the main course.  A dark banquet is served, from plucking and bowing to peaks and valleys to melody, counter-melody and a flow that honors the album’s fascination with time.  The title implies the end of things, but it’s placed at the beginning, a disorienting choice.  By doubling, and in most cases tripling the length of the subsequent pieces, the track affects the listener’s experience of those tracks, making them seem shorter as a result, quickening time.

All of this is intentional.  Kent wrote much of the album for theatre and dance, musing on the “fragility of our physical world.”  The career of a dancer is particularly prone to threat: the body can break or betray the owner’s intentions.  “Imbalance” introduces dark electronic elements that seem to wage war against the cello like time against beauty.  Rage, rage against the dying of the light, writes Dylan Thomas, but the idea goes as far back as Ecclesiastes, who waxes eloquently about temporal awareness.  After a swirling setup, Kent’s double strokes enter midway like a heroine’s theme.  Embedded so deeply in these tracks that they cannot be distinguished are the voices of the dancers, transformed into pure sound, their echoes living in plastic and glass ~ and now in the digital world as well, evidenced in “Imbalanced”s hazy conclusion.  When the bells arrive on the subsequent piece, it’s as if to draw a line from life to afterlife, peaceful tones trickling from the clouds to soothe the anxieties of watches.

And then the pace quickens once again, now with piano, plaintive notes set against the cello like stars against the sky.  The chimes return with deeper notes, some nearly atonal.  We remember Dali’s clocks, melting in the sun.  And then the glissandos: a final warning, a call to arms.  Once more a smattering of bells, more wind chime than cathedral.  The end result is elegiac: we have so little time, yet we have so much: a limited resource that expands as we use it yet contracts when we ignore it.  In the final minute everything fades, but so gently and beautifully as to be remembered in the silence.  (Richard Allen)