Teeth of the Sea ~ WRAITH 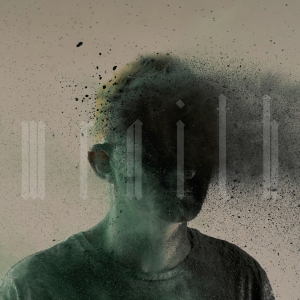 Ten years have passed since Orphaned by the Ocean, and Teeth of the Sea is still going strong.  (Having formed in 2006, the band is now a teenager ~ look out, world!). So why don’t the musicians look happy?  It’s partially due to the spectral presence felt throughout the recording of what would become their fifth album proper.  Whether reality or fiction, the haunting persists throughout the set, starting with disjointed voices in the opening track and continuing through the final bells.

Teeth of the Sea is self-defined as a psychedelic rock band, but the truth is a bit more elusive.  In their early years, the band leaned more to the side of post-rock, while in the middle period (2013’s MASTER), the synths took control.  The band’s consistency is in its signature sounds, its variations in the amount used.  Trumpet has always been the primary distinguishing factor, followed by electronic beats and a combo of guitar and synth.  If TotS were a wine, one might detect hints of ambient, industrial and even screamo (thankfully dropped here, but present on 2015’s Highly Deadly Black Tarantula).  Presentation is important, as vinyl collectors will attest, the releases each sporting a different shade ~ orange, magenta, white, teal and now fluorescent green ~ each enhanced by the sporty Rocket Recordings label.

But perhaps the most appropriate association is to the work of Morricone.  It takes more than a trumpet to sound like the master, and the band’s music would never be mistaken for a product of the 60s or 70s ~ if anything, an 80s influence shines through.  The languid tone and widescreen presentation conjure comparison, or should we say wraith?  Lead single “Hiraeth” makes no bones about honoring his work, with deep bass and playful synth.  But when those western guitars plunge in, we’re out on the prairie, wearing chaps, riding horses, 6-guns in our hands.  The band may have made a slight miscalculation in the video, as the dust is perfect but the rapid-fire editing is far more electro.  The confusion continues in the press release, which squeezes in references to Tetsuo, Judee Sill (via “Fortean Steel”), and those persistent wraiths, referring to the music as “kitchen sink surrealism.”  Toss in the fact that hiraeth is a melancholic term referring to nostalgia for a time or place that cannot be recaptured, but for which one is grateful.  In short, there are too many references; it’s better to let the music do the talking.  And the best way to do this is to follow the trumpet.

The organ tones of “Burn of the Shieling” conjure images of an old prairie church, while electronic percussion throws the track firmly into the 21st century.  But listen to the trumpet, the unifying force, which bridges the gap through the beats, through the birds and back to the organ.  The band may be down to three members, but in order to remain relevant, they’ll always need Sam Barton.  Thanks to Barton, the rest of the band, along with the guests, can go wild, exploring whatever sonic territories they choose.  Even a raucous guitar solo (“Her Wraith”) has its place.  In this cinematic set, the only ghosts are the ghosts of the groove.  (Richard Allen)