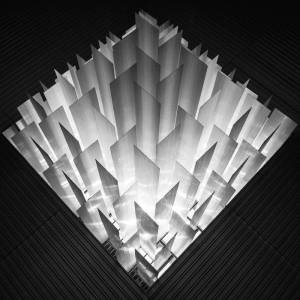 One of the great experiments of the past few years continues as Ben Chatwin pours his music into yet another container.  The process began with Staccato Signals in 2018, as the artist invited a string quartet to participate in the compositional process.  After a period of examination, he took the toy apart and fed it into a modular synthesizer, calling it Drone Signals.  Next to arrive was a relatively faithful live EP, Live at the Priory Church.  And now he’s turned the masters over to nine different artists, inviting them to remix and reinvent.

Do compositions ever have a fixed form?  Some might call the recorded version or the sheet music definitive.  Then there’s the concert version, the acoustic version, the remixed version.  Music is alive, prone to surprise ~ especially instrumental music, as it’s easier to modify music than lyrics without causing offense.  Consider for example the multitude of classical recordings, all vying to become the definitive rendition but seldom holding the crown for life.

“Black Castle,” the finale of the first album, morphed into the impressionistic “Burning Witches,” the lead-off track of the second album.  On Altered Signals it’s again the lead track, presented in a remix by Sevendeaths.  One can still recognize the track in its new form, but the effect is akin to a costume change ~ the same undergarments, but different outerwear.  Now there’s an electronic pulse, with a synthesized foreground and a futuristic tone.  The melody takes the lead, rather than the mood.  The original “Fossils” is sister to the modified “Black Castle,” but turns ambient in the Visionist remix, with synthesized vox ~ that is, until the EDM ending.

Which is better?  Which is true?  These are difficult questions.  The average listener will be tempted to listen to all of the versions and choose their favorite of each track, creating their own hybrid albums, which they may also re-sequence, continuing the experiment.  “Lost At Sea” is my personal highlight from Drone Signals, and I’ve played it so much I’ve made it difficult for any new rendition to steal my heart.  But then there’s “Claws,” the shortest track on Staccato Signals, now over twice the length with a dance beat provided by Konx-om-Pax.  Instead of fading into the surrounding tracks, it leaps from the speakers.  Paul Corley nearly triples the length of “Bow Shock,” taking a rolling pin to the dough.  And Vessels smooths the inherent industrialism of “Hound Point,” turning it into a techno stormer.

Altered Signals also stands on its own, thanks to the threads of Chatwin’s originals.  Ironically, to some these will be the originals, as tracks from Steve Hauschildt and Ital Tek are bound to bring new fans to the stable.  For such listeners, the earlier versions will be heard as alternates, pressured to prove their validity.  Fans of From the Mouth of the Sun may claim that “Substrates” marks a wonderful return, until they play the template and are faced with an embarrassment of riches.  By the time Pye Corner Audio takes the stage, all bets are off.  These remixes are not vying to replace the originals, but to enhance them, and as a result, we appreciate all three albums even more.

We somewhat predicted this album with a question last August (“Will there be an Ambient Signals?“). Other versions might still be made, from minimalistic to full-on industrial, amplifying the drones and beats.  But for now this triptych feels complete, despite the fact that its very existence indicates the opposite.  (Richard Allen)