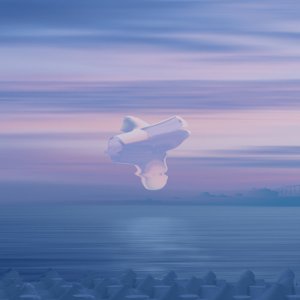 Sagrada Reset began a series of novels, subsequently adapted into manga, anime and film, leading to this gorgeous TV soundtrack by Rayons (pianist and composer Masako Nakai, working with an 11-piece ensemble).  The plot is complex, but the simple version is that there exists a town in which everyone has special abilities.  When one classmate dies, another uses her powers to travel three days back for a “reset.”  (The Avengers could really use someone like that!)

Rayons must have had a hard time choosing what to include from the series’ 24 episodes.  She has chosen wisely, with little repetition but much variety.  At first, the album yields the expected lovely blend of piano and strings; there’s even a bit of sweet singing.  But as the anime gets into the late going, the plot thickens, and so does the music.  It’s okay to be pretty, but it’s better to be deep.  The first hints are found on “jealousy / persistence / obsession,” a dark undercurrent reflecting the title.  At this point, Rayons expands from a pop composer to an orchestral one.  “mission and destiny” introduces an undercurrent of sadness, while “opposition / confrontation” revisits the main theme, fleshing it out with flute and drums.

When time travel is involved, there are always mistakes, as portrayed in everything from “The Butterfly Effect” to “Flashpoint” (and to comedic effect in “Groundhog Day” and “Happy Death Day”).  Rayons reflects the effect of bad decisions in the album’s dramatic midsection.  “I Am Sorry, Michiru” indeed sounds like an apology, while “regret / humiliation” keeps its head down, ashamed.  Throughout the set, Rayons intersperses short piano pieces, ranging from pensive to playful, the artist playing to her strengths.  This makes the explosion of “battle ~ brave” a sudden surprise, presaged only by its title.  From this point forward, the instrumentation grows more intense.  One anime fan remarks that the series really starts to make sense after the 20th episode; the same is true of the 26-track set, whose trajectory is best appreciated on subsequent spins.

We won’t ruin the ending for you, only stating that the title track arrives in position 23 and is one of the album’s highlights (as it should be).  Rayons has done a perfect job capturing the personality of one of Japan’s best-loved series, rising to the challenge and becoming part of the story.  One might even guess that she lives in Sagrada, as her abilities are evident here.  (Richard Allen)