Danny Scott Lane ~ How to Empty a Cup 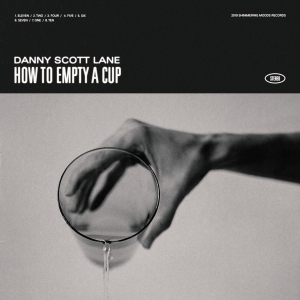 This statement may seem strange, but How to Empty a Cup is really, really ambient.  By this we mean that the music is quintessential ambience, featuring flute and other soft instrumentation.  The tone is as delicate as a sugar wafer.  Children play in the background of what is already background music.  Outside the studio, it rains and rains (in defiance of the 1973 hit, “It Never Rains in Southern California”).  Inside the studio, Danny Scott Lane plays his keyboard while assorted friends stop by: a pair of flutists, a cellist, a saxophonist.  This is a lovely way to spend a rainy day, best exemplified by “Four” by the sleepy sax.

And yet there are some extracurricular edges, starting with the odd choice of titles: the numbers one through eleven, out of order save for “Two,” with three missing, like a child’s puzzle.  And of course that cover art, whose throwback design is reminiscent of old jazz gramophone records.  We learn, in an easy-to-follow, step by step process, how to empty a cup.  In this case, the cup is emptied into the hand.  But what is in the cup?  Water?  Rain?  And what is under the hand?  And is a cup ever empty, or is it only empty of its former contents?  The latter question is like a koan; the music is rife with meditative aspects.  Lane writes that he is inspired by the sounds outside his house, which are included here.

In tracks such as “Six” (the fifth track), the keyboard notes are so light and distinctly placed that they sound like droplets falling from the gutter.  Now the cello enters; now the crickets chirp.  It’s raining inside the house as well.  Or is it the opposite: the music inside reflected by the sounds outside?  The crickets hear nothing to disturb them, so they rub their legs together.  This is a safe place.

Or perhaps the cup is not a cup.  In meditation, one is meant to eliminate all distracting thoughts, to simply be ~ ultimately to lose the sense of self as self, and feel as one with the universe.  Is it raining where you are?  When moisture evaporate from your skin, are you the rain?  (Richard Allen)