Last summer we covered Valotihkuu‘s Fragile Melodies, an album so lovely it sent us back to discover all of the earlier works by the Russian composer.  A month after the review, he released another album, and since then he’s released a few more, as well as a few singles.  Here’s our most pleasant surprise: all of them are good ~ and one can still pick up the artist’s entire discography (newest album excepted) for the price of a single album.  So before we delve into the current release, let’s review the releases of the past year.

Fragments was the first out of the box, appearing last July in the wake of Fragile Melodies.  This delicate set begins with one of its finest tracks, “Near the Summer House.”  We encounter all of Valotihkuu’s hallmarks: field recordings (in this case gentle rain), tape hiss, a sense of detached nostalgia, music box tones, a bit of warp.  The vibe continues throughout the fragile album.  In “Fireflies,” we hear birds and crickets (perhaps because fireflies tend to be silent) by a gentle stream.  The childlike innocence of “Raindrops in F Minor” makes it a peaceful highlight.

Continuing his fascination with water, the artist released three singles over the past year: “Enchanted Pond,” “Waterfront” and “Falling Clouds” (with Limitless Wave).  The first is part of Cities & Memory’s Sounding Nature project, which seeks to draw attention to environmental degradation.  The second is part of the Unline label compilation ISHI, which Valotihkuu also mastered.  The third features an expansion in timbre, thanks to its collaborative aspect. 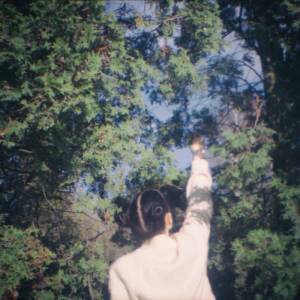 The orchestral tones of “Falling Clouds” continue on Memories, the artist’s first album of the year, still available on cassette.  “Christine” makes a slow, steady entry, easing the listener into the album, for the first time touching on Hammock territory.  At over eight minutes in length, it’s also one of the longer tracks in the recent run.  In the sixth minute, the density rises to a degree uncommon in Valotihkuu’s releases, but all the more welcome.  The artist drifts back down to earth for “A Piece of Sky” with soft acoustic guitar, but lifts off in the finale, an aural echo of the cover art shown to the right.  The instrument is even more effective on “Days,” surrounded by a host of friends, from chord to chime.  And then there is the digital Pastoral, only a month old, “inspired by the atmosphere of summer vacation, creaking seesaws, and solitude.”  This is the time of year best suited for enjoying such an album, as the days are not yet slipping away.  Every weekend another college student we know returns to school, and fall clothes appear in stores, but nature still beckons, warm and bright.  This is music for sitting at the river bank, by an ocean, near a lake, a pure reflection of its name.  In the title track, the birds take the lead while the guitar plays a support role, a gorgeous inversion reminiscent of Spring and All.  The warmth of “River Symphony” is the album’s heart, while “A Walk” is a perfect soundtrack for shifting weather systems.

By the River is the natural follow-up to Pastoral, a distillation of themes set for release at the end of August.  By that time, the onset of fall will be imminent.  We won’t be able to fool ourselves any longer.  For a short period, we’ll be lamenting the loss of one season while resisting the tug of another.  The album unfolds over the course of a day, from morning to afternoon to evening to dusk, with track titles reflecting the passage of time.  The message is clear: years pass, seasons change, but we all get one day at a time.  The impression is one of living in the moment.  The artist’s approach ~ a single recording session per track ~ reflects this looseness.  One may surrender to the slow drift of the music as a leaf surrenders to the flow of the brook.  The back-to-back “Fascinated by Clouds” and “Faded Memories” underline the connection.  We lie on our backs, staring at the sky, awed by the beauty of condensation; but seldom do we lament for more than a moment that a shape in the clouds has dissipated.  There is always another cloud.  In the same way, our memories separate like fine taffy, stretched over time; but there are always new memories.  Valotihkuu helps us to appreciate the sun and the rain, the day and the night, each facet sparkling with its own beauty, tumbling, fading, born anew.  (Richard Allen)