A Winged Victory for the Sullen ~ The Undivided Five 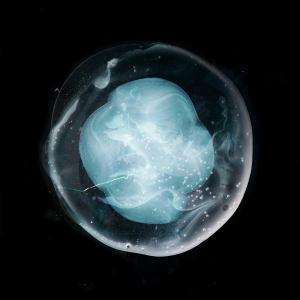 Everyone listens to instrumental music.  In developed countries, most people listen every day.  A much smaller number tries to figure out who they are hearing in films, on TV and online; and an even smaller number follows these artists.  A Winged Victory for the Sullen is one of the few acts that has poked its head into mainstream consciousness without turning mainstream.  As such, one can consider The Undivided Five a major release.

Has fame gone to the heads of Adam Wiltzie and Dustin O’Halloran?  In one sense it has, as the track titles seem indulgent, working against the humble timbres of the music.  After one reads that the album is inspired by loss, fatherhood, the art of Hilma af Klint and the the harmonic perfect fifth, one reads the title “Aqualung, Motherfucker” and all of that intelligence seems to go out the window.  Other titles (“Keep It Dark, Deutschland,” “Our Lord Debussy”) are unoffensive but unnecessary.  In the digital age, more people will read the titles without reading the liner notes than the other way around (for example, there are no liner notes on iTunes), which means for the general fan, the titles become the first impression.  They may never know that the duo lost a loved one just as they were beginning to record the LP, or that part of the music was recorded in a Brussels church, or that higher powers are invoked in the compositions.

It’s no surprise that one of the best tracks has one of the best titles: “The Slow Descent Has Begun” ~ the title and track influencing each other, as well as the audience’s appreciation.  This is the sort of music we’ve come to expect from AWVFTS, and is perfectly suited to the time of year in which it is released.  The track bleeds melancholy from every pore, along with a sense of acceptance:  it’s that time of year again, the trees have lost their leaves.  But because the title and timbre are also open to interpretation, one might think of loved ones ~ the album was released on All Saints’ Day ~ or the inevitable moment in which health begins to decline.  Listening to these strings while having such thoughts is enough to bring one to tears.  A similar sadness visits “Adios, Florida,” which despite its throwaway title is an elegy, suffused with tender grace.  The rise and fall of chords recalls Jóhann Jóhannsson’s Virðulegu Forsetar, which may be purposeful given the fact that the duo organized a tribute concert for the beloved composer only a year ago.  “Sullen Sonata” is as reverent as the title implies, and in this case the play on words is appropriate.  “Keep It Dark, Deutschland” honors the spaces between the notes as it channels Chopin’s “Frédéric Chopin‘s Prelude in C Minor, Opus 28, Number 20,” popularly known as “The Funeral March.”

Thankfully, O’Halloran’s piano doesn’t always sound that sad.  Opener “Our Lord Debussy” calls regal attention to another classical composer, as does the short (1:29) “The Haunted Victorian Pencil.”  If the duo concentrates more on the sullen part of their name than the victory/Victorian, it’s understandable given the circumstances.  The slow descent may have already begun, but AWVFTS recognizes the flare of beauty that often arrives late in the fall.  (Richard Allen)