Congratulations, Sebastian Plano and Hildur Guðnadóttir (but we’re not so sure about the other nominees). 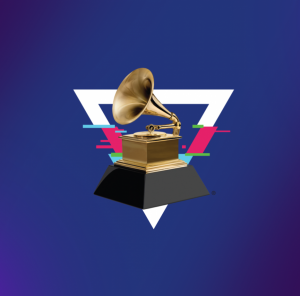 We have a love/hate relationship with the Grammy Awards, which occasionally gets something (almost) right.  Congratulations to Sebastian Plano, whose album Verve received a nomination for Album of the Year … in the New Age category.  We’d prefer to see it under Contemporary Classical Composition (which the Academy does have) or Ambient (which it doesn’t), but we’ll take what we can get.  We’re also happy to see Hildur Guðnadóttir‘s Chernobyl nominated in the newly revamped “Best Score Soundtrack for Visual Media” (that’s a mouthful!).

We’re most interested in the instrumental categories, which we’ll focus on here.  But first, let’s review the chronic problems.  Grammy rules include music from 2018 (for a ceremony in 2020!), and there’s a clear bias for releases from major labels (sorry, small labels and self-releases).  The televised categories (out of 84) are packed with well-known, top-selling artists.  This being said, we wish the Academy had found room for FKA Twigs‘ Magdalene, but since it was released on November 8, we might see it (*gulp*) on next year’s ballot.  (The artist did receive a visual nod for “Cellophane,” a song included on Plïnkï Plønkï’s Mïxey Wïxey earlier this month at ACL.)

Instrumental music is sparse, with many categories tagged “vocal or instrumental.”  No instrumental albums appear under “Best Electronic/Dance Album,” although Tycho‘s Weather does include a few instrumental tracks.  We’d have chosen an entirely different field of five, but our readers will have to wait another couple weeks to find out which!  Suffice it to say that the Grammy nominees (Chemical Bros, Flume, Apparat, Rufus Del Sol) are pretty mainstream ~ as if there were no such thing as underground club culture, or if popularity were an indicator of genius.

Now we get to the category of “Best Contemporary Instrumental Album.”  The Academy reserves this category “For albums containing approximately 51% or more playing time of instrumental material. For albums containing at least 51% playing time of new recordings.”  We already have issues, as we think “instrumental” should mean instrumental.  Christian Scott aTunde Adjuah’s Ancestral Recall is worth hearing, but there are a lot of vocals.  The split on Theo Croker’s Star People Nation is nearly 50/50.  Mark Guiliana’s Beat Music! Beat Music! Beat Music! splays lyrics all over; if a singer sings or speaks on 49% of a track, is the track “mostly instrumental?”  Lettuce’s Elevate includes vocal covers.  This leaves Rodrigo y Gabriela’s Mettavolution as the only instrumental album on the instrumental list!

As for that “New Age” category ~ we’re not fond of the new age tag, as it conjures associations with Yanni, Zamfir (Master of the Pan Flute!) and CDs at the Rite-Aid counter.  David Arkenstone’s Fairy Dreams is pretty much what one might expect to find here, recalling Enya (especially on “The Magic Fairies”).  David Darling’s Homage to Kindness looks like a Hallmark card and is plagued by old fonts, but is as calming as expected.  Peter Kater’s Wings also has a horrible cover (a hummingbird against a sunset) that makes people turn against the genre, It’s a pleasant piano album, albeit bland.  And then there’s a vocal Krishna album, which we’ll ignore.  How did Sebastian Plano end up here?  We don’t know.  We can also tell you that he should win, because his album blows away the competition.

Hildur Guðnadóttir is our easy pick for “Best Score Soundtrack for Visual Media,” a category which now includes scores for both film and television.  The artist was nominated for Chernobyl (for which she previously won an Emmy), along with Ramin Djawadi for Game of Thrones (not a bad call), Hans Zimmer for The Lion King (are you kidding?), Alan Silvestri for Avengers: Endgame (great main themes, but good luck listening to the album as a whole) and Marc Shalman for Mary Poppins Returns (I’ll just keep my mouth shut on this one).  Without Guðnadóttir’s score, this atmospheric series would have suffered; we’re pulling for her to win.

Our readers may tear their hair out over the next category, “Best Instrumental Composition.”  The nominees are: “Begin Again” (Fred Hersch & The WDR Big Band), an eight-minute jazz piece that’s good but not great; “Crucible for Crisis” (Brian Lynch Big Band), the same template, but four minutes longer; “Love, a Beautiful Force” (Vince Mendoza, Terell Stafford, Dick Oatts and Temple University Studio Orchestra) ~ more of the same, and note that Mendoza also conducts the first pick); “Walkin’ Funny” (Christian McBride) ~ why not call your category “Big Band Jazz” if you’re going to do this?  John Williams’ “Star Wars: Galaxy’s Edge Symphonic Suite” sneaks in because the Academy loves John Williams, and everybody loves Star Wars, but really?

A bit of sanity is restored in the Classical department, although only a few contemporary labels seem “approved” by the Academy.  New Amsterdam is a perennial favorite, but we bristle at the exclusion of Erased Tapes, Fatcat 130701, Sono Luminus and others responsible for some of the finest music in this category.  The Chamber Music/Small Ensemble category is filled with artists covering other composers, but we’re happy to see Third Coast Percussion listed for Perpetuum, including the music of Philip Glass and others; PUBLIQuartet’s Freedom & Faith (including the music of Hildegard von Bingen); and Atticca Quartet’s Shaw: Orange, along with an opera work and a Rachmaninoff album.

Most of the soloist category includes artists covering canon material; we suggest that there are many better solo albums listed in our Modern Composition category featuring all-new material.  The closest thing the Academy has is the category of “Best Contemporary Classical Composition,” and while all of the artists represented are worthy of consideration, we’re wondering if they’ve heard Daniel Bjarnason, Hafdís Bjarnadóttir, Páll Ragnar Pálsson or pretty much anyone from Iceland, which is producing what is arguably the finest body of music in this field.  In Grammy-speak, the “Contemporary” tag applies to anything composed in the last 25 years, but we do like Andrew Norman’s recently commissioned 33-minute Sustain and Caroline Shaw’s Orange (also listed above), the best of the instrumental choices.  Julia Wolfe’s choral Fire in My Mouth is another standout.  The other nominees in this category are Derek Bermel’s Migration Series for Jazz Ensemble & Orchestra, Jennifer Higdon’s Harp Concerto and Wynton Marsalis’ Violin Concerto in D Major.

Overall (and unsurprisingly) our feeling is that the Grammy awards notice some worthy artists while ignoring others.  The industry is much larger than the slice covered by the Academy.  The instrumental field would benefit from the casting of a wider net.  We are, however, happy to see a couple ACL artists break through to the big time!  The 62nd annual Grammy Awards will take place on January 26.