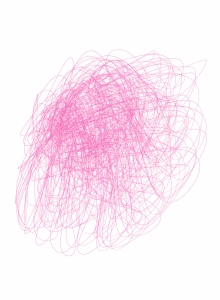 Olivia Louvel‘s first album explored the relationship between Elizabeth I and Mary, Queen of Scots; her second celebrates British sculptor Barbara Hepworth.  These works share a colorful tone that tempers their didactic background, calling attention not only to the acts of the women, but to their intellect.  The former uses Mary’s essays and poems as a launching pad, while the latter utilizes Hepworth’s writings and, in the opening track, her voice.  While Louvel substitutes her own voice in later tracks, the source remains the same, linking the sculptor of stone and wood to the sculptor of word and sound.  The subject seems finite, but the lessons apply across the creative spectrum ~ one might even say to reviewing.

Louvel applies a digital brush to aural painting, staggering and time-shifting raw material.  Hepworth’s opening words loop until they resemble a sort of sculpture themselves, similar in shape to Pelagos (1946).  Hepworth speaks of the importance of touch, as so many sculptures are walled off from the public.  Her creative compulsion surfaces in “Must Carve a Stone,” whose undercurrent extends to artists of all walks as they need a song to compose, a landscape to paint, a poem to write.  As some of Louvel’s digital footprints sound like typewriters, the association is easy to make.  “I detest a day with no music, no work, no poetry,” writes Hepworth, providing her own associative glue.

In the following piece, Louvel extends the branch to dance.  “I draw what I feel in my body,” she sings before introducing a rhythmic glitch.  In this piece her work draws comparison to that of AGF, who also draws inspiration from the work of female trailblazers (2018’s Dissidentova one of many examples).  In lead track “The Weaver,” Hepworth’s words underline the relationship between figure and landscape, which come to bear on such sculptures as Squares with two Circles (1963).  “Every day we weave,” sings Louvel.  “Crafting …”  Just as Hepworth looks for a stone to carve, Louvel looks at a collection of words to cull and shape: two sculptors linked across time.  Late in the album, the two become one with the words, “the sound of a mallet, a hammer, is music to my ears when either is used rhythmically and I can tell by sound alone what is going on.”  Louvel weaves these words into the sounds of sculpting ~ cut, cut, cut.  In her press photo, she emulates the live installation Birds (2001) ~ she’s all in. 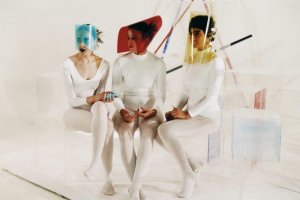 Louvel’s humility is apparent throughout her works, as she pays tribute to those who influenced her.  Yet she’s also blazing her own trail, using modern tools: cutting with digital tools instead of a wire, hammering on a keyboard instead of on stone.  SculptOr is an intricate work of sonic art, filled with nuance yet defying definition: a perfect tribute to its inspiration.  (Richard Allen)