No man is an island,
entire of itself;
every man is a piece of the continent,
a part of the main.

So wrote John Donne in 1623. “Music makes the people come together”, sang Madonna a few centuries later. Such messages of togetherness shape the popular consciousness. In our modern times of political and personal isolation, we may hope more than ever that there’s some truth in the sentiment. But what about artists who choose to go it alone, without the safety in numbers of a band of collaborators? Many ostensibly solo albums are elaborate gatherings, with guests showing up relentlessly. Other solo musicians use modern technology to summon the sounds of virtual companions. The truly solo instrumental album is a rather niche category. Here are two examples that set the tone for social distancing. 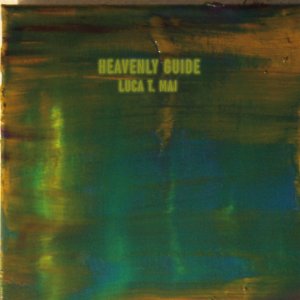 Luca T. Mai is a saxman who keeps company. As part of Italian avant-rock group Zu, he has helped construct numerous edifices of sound. His debut solo offering, Heavenly Guide is something different – though it shares with Zu a willingness to transcend genres. Its baritone saxophone traverses not just the heavens, but the fiery deep and the liminal hinterland as well. Just as Dante had Virgil to guide him, Mai follows some of the greats. On the first track, eerie static howls give way to a booming free-funk version of Thelonious Monk and Kenny Clarke’s “Epistrophy”. Later, we get a hurtling rendition of Eric Dolphy’s “Gazzelloni”, whose nod to the Italian flautist is now returned by a fellow countryman. Even by himself, Mai challenges Otomo Yoshihide’s New Jazz Orchestra for the most riotous recording of this piece.

Across the remainder of the album, the haywire journey takes other carriageways. The title track ascends into lofty territory as promised, with loop or echo extending the saxophone’s midrange into sculptural shapes. “Manum ad Ferrum” plummets back to a guttural ground. The title presumably refers to the Roman emperor Aurelian, nicknamed “hand on hilt” for his military fervour. With an edge of distortion, Mai’s hand seems to operate an enormous, sawing power tool. Meanwhile, the closing track weaves six minutes of gossamer drone, which metallic harshness only cuts through occasionally.

Weston Olencki is another musician who works in ensembles, but now stands apart for a debut solo album. Though a trombonist by trade, Olencki plays a different instrument on each track, producing radically diverse results. “Seven Stones (Parallax)” utilises some hybrid preparation of trumpet and snare drum. It opens the album with a loud, high-pitched sound amidst fuzz. Like a test tone picked up on a faltering frequency, the sound subtly morphs. Without warning, a deep reverberating tone takes its place in a sudden, bodily blow. Over nine minutes, these unsettling shifts repeat, with interruptions from an unexpected silence which itself becomes audible.

“For Trumpet” continues the assault with ear-splitting shrieks. The tension is again between silence and noise: the will of an unbroken note versus the wavering fragility of breath. These opening tracks are not pleasant listening. Imagine the sound of a balloon releasing air violently, rubber flapping against rubber in proximity to an ear drum. However, they work as earnest experiments in timbre, technique, and sonic perception. The remaining two tracks are restful by comparison. “Capacity” extracts staccato bass twangs and echoing foghorns from an amplified trombone. An earthy drone plateau is gradually delineated. “Bisected Mass” conjures a harshly mechanical foundation of atmospheric doom, from which squeaks occasionally shine out. The bisection occurs as a prolonged silence that makes the aural gloom hit more intensely.

Even when we fly solo, perhaps we are not alone. Heavenly Guide summons the ghosts of jazz giants. Solo Works has a menagerie of brass instruments fending off each other’s solitude. Both albums, in their different ways, plot an unusual course to test their listener’s reactions. In our response to their cacophonous demands, we feel the comfort and the burden of community. (Samuel Rogers)