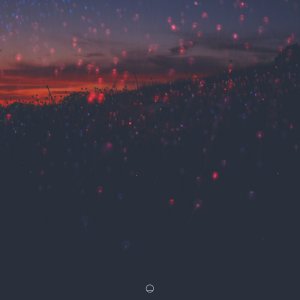 Life has gotten so surreal that we have to be reminded that people die of things other than COVID-19.  Patricia Wolf‘s mother-in-law, Kathleen Karle, passed away last November, and this 23-minute piece is dedicated to her. Wolf’s mourning is translated into transcendence here, a heartfelt response sure to resonate among others in grief.

When we lose loved ones, we often wonder where they have gone.  Are they still around, here or on a higher plane?  Or are they lost?  While matters of the soul are the province of religion, we can address the corporeal. According to the First Law of Thermodynamics, energy can neither be created nor destroyed ~ a solace to those who need some sort of answer before the afterlife.

Laments replicates this process on a sonic level.  The elements of the music flow, repeat and recombine as they unfurl.  But one can also picture the energy of this life flowing through the forest and airwaves, seeking new experiences.  Wolf’s wordless voice is but another instrument in the stream, twirling with elements synthetic and organic.  The overall effect is like clouds passing or waves rolling.  As the liner notes mention, the music seems unconcerned with time; a new timbre is introduced at 6:05, another at 9:13, but each falls into the mix and is incorporated like rain in the ocean.  Any occasional dissonance meets the same fate, subsumed by consonance.

While the center is amorphous, the beginning and end are nearly identical: the same chord emerges from silence and descends into silence, like a life.  Wolf’s bookends highlight our finite nature, while the body of the piece celebrates the infinite.  As a portion of the proceeds are given to the El Moro Elfin Forest, the idea continues: part of the energy that was once in Wolf is now in music and the trees.  One would be hard-put to think of a kinder, more hopeful tribute.  (Richard Allen)