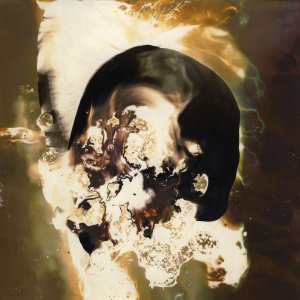 Among the myriad futures waylaid by the unidirectional discourse of technological progress lies that of early electronic instruments that promised new worlds different to those we got. Such is the case of the ondes martenot, developed throughout the 20th century by Maurice Martenot in a bold, modernist attempt to power expression with electricity. It was not to be simply a piece of gear, but a fully-fleshed extension of human sentiment in an age of wires and radio waves. In parallel with other instruments like the théremin, the ondes martenot pointed towards an unexplored aural expanse unimaginable for (and unavailable to) the traditional universe of classical instruments. The myths they built in their wake are incomplete, withdrawn, lessened by the continued primacy of both the classical and a unified, settled form of the modern. Musicians like Christine Ott have become the keepers of faded histories, showing us, time and again, that their energy still glows beneath the dead weight of progress, waiting only for a spark to trigger strange, old wonders.

These Chimères (“Chimeras”) are not exactly hybrid and uncanny creatures – even though Martenot meant his instrument to succeed strings – but the wild figures of a technological imagination whose roots stretch back into histories whose course elude the standard tale of electronic music. Instead of aiming for the demolition of known sounds and their attachment to emotional connectivity, Ott’s compositions allow the wiring to conduct the intensity of her playing. She recovers the “face” of the instrumentalist for a genre that tends to work from an inherent separation between person and machine; for instance, it is her careful mastery of both the nuances and noises of the ondes martenot which produces, with great sharpness, the sorrowful, deep textures of opener track “Comma”. It is not her selection process or organization principle, as any other contemporary electronic music would have it, but her playing that makes such a profoundly expressive track possible.

This is not to say that there’s a regression or an undercover classicism in this very modern music – on the contrary, it seems to take a radical path in which mechanical fusion is not bodily, all gears and pumps and oil, but purely energetic, a hand gesture that is also a lightning strike, a performance closer to that of a radio operator, manipulating electricity at will. “Darkstar”, the second track, steps further from “Comma” and its string sounds into theremin territory, exploiting whatever familiarity the listener might have through soundtracks and compositions that highlight the “alien” qualities of the instrument in order to produce a sense of stability. But then, in “Todeslied” (“song of death”), these chimeras of attractive fancy take a noisy, grating turn, with Ott’s energy shifting away from the known depths of melody and riff to plunge towards dark, teeth-clenching expressionism. This turn showcases Ott’s distancing from the classic, but also from the retro-futuristic expectations of the modern, leaving us prepared for the different noise, the different harmonies, the different chords and melodies explored throughout the rest of the album.

It is perhaps significant that these Chimères are mostly space-themed, because, lest we forget, one of the defining figures in the history of electronic music (in which the ondes martenot or the theremin are but a footnote), Karlheinz Stockhausen, wanted to capture the music of the spheres. The cosmic music in Stockhausen’s vision was a mystical endeavor to grasp at the wires of the universe, and the result was an intriguing series of works that focused upon an invisible world of vibrations. However, Ott’s technological horizon, informed as it is by the mechanics of electric performance instead of the programming of computers, does not distinguish between the visible and its other, displaying, like the fantastic album cover by Fanny Béguély, how energy melts into matter and is itself transformed. “Sirius” as minor chimera (instead of the very major, excessive chimera that is the Stockhausen “Sirius”) captures better the paths through which movement sublimates directly into sound waves, sometimes quick, successive, and vertical, sometimes tranquil, expansive, horizontal. Ott’s playing seamlessly turns an energetically demanding sequence into a sparse ambient section: this kind of cosmic music flourishes from the joint electricity of instrument and player, for it is all melting surface, and there is no hidden structure underneath.

The paths that the ondes martenot shows us in the hands of Ott are many, and might still be difficult to understand. Words failed me when attempting to conceive of what some of these pieces were doing, even though in terms of electronic music we have a good set of conventional descriptors. Much of this is truly new, not in the sense that it’s never-before-heard, but that its roots in other practices of electronics grant it a unique character that is hard to pin down. History is multiplicity, and these Chimères fruitfully struggle for the recognition of sound-worlds that have been discarded, narrowed down, or ignored by stories and musics that together constitute the now traditional view of what electronic music is. Hopefully, this challenge will be taken up by many, but in the meantime, Ott’s beautiful compositions will help us keep wondering. (David Murrieta Flores)