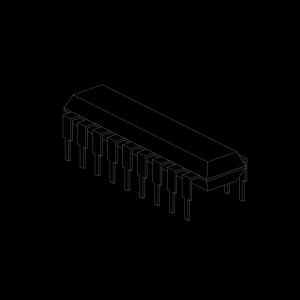 For a musician, a piece of electronic equipment can seem like a pet.  The musician feels an initial rush of excitement when the new piece arrives, followed quickly by the new reality.  Over the course of its life it will need feeding (electricity) and medical care (parts and labor).  Sometimes we’re so in love with the equipment that we make sacrifices to keep it going long after its shelf life has expired.  But then, one day, we will have to say goodbye.  Either it will crawl into the closet and die, expire before our eyes, grow too costly to care for or become too temperamental to deal with.

I’ve still got an old Radio Shack mixer hanging on by a thread, causing feedback whenever it’s plugged in.  I once held onto a car for too long because it still had a cassette player.  At work, old mixing boards and stereo equipment litter an upper storage room because no one is ready to admit that after spending so much money on them, they will never use them again.  New Old Stock can be read as the story of one such piece of equipment, and by proxy, all pieces of equipment.  For Felipe Vareschi, the EP is inspired by the “Landscape – Stereo Field,” while the cover depicts an IC chip, a product recently re-released to meet demand for vintage sounds.  Its visual similarity to a coffin does not go unnoticed.

Laid atop this theme is another: that of “the culture of consumption” and environmental impact.  Much electronic equipment is produced by people working under unsafe or even illegal conditions.  Then the equipment goes out of vogue, is replaced by newer equipment, and ends up in landfills.  But we can’t all make music with sticks and stones, can we?  It’s a similar dilemma to that faced by a poorer person shopping at Amazon, saving essential money while participating in the rise of a soulless conglomerate that may put their neighborhood store out of business, reducing chances of employment and thus contributing over time to the shopper’s debt.  Is it enough just to be aware?

While listening to New Old Stock, one engages in an extreme form of anthropomorphism.  In “Same-Day Delivery,” one hears birds (or at least the impression of birds) at the very beginning – the EP’s only nod to the natural – followed by the sounds of traffic and commerce, which are quite lovely.  (I know the sound of my local UPS truck so well that I act like Pavlov’s dog whenever I hear it.)  A few minutes in, one can hear the impressions of brakes, bells and cellophane.  A new baby has arrived! What joy to hit all the notes, to see what this baby can do: the precious gurgling of the newborn, which doesn’t need to hit any particular note or even make sense in order to win one’s affection.

“Press Enter to Continue” expands the love affair between product and purchaser.  First there’s the powering up, then a sound like a young D.J. learning to scratch, a couple switches toggled, a little fiddling, and off we go.  Sound upon sound builds a Great Wall of Drone, rising to cacophony, and all seems well in Mr. Noise’s Neighborhood.  But alas, like all good things, it has a shelf life.  I recall the happy days spent with my Yamaha DX-7 before I realized that I didn’t have the patience for it and sold it to a neighborhood kid for half price, followed by the dual regret of buying and selling.  “Accumulation Of dust” is an unhappy closer that begins with an assault of squelch before powering down to a series of tumbling electronic notes: a final plea for mercy, grasping at melody and falling short.  The final pitch is so high that older people might not even be able to hear it.  This is the end, my friend.

What happens next?  Will the equipment be salvaged, scavenged, bequeathed, thrown away?  Will it hide in a back room for decades until the musician dies and his children inherit the carting costs?  Or will it have a proper burial?  Somewhere there is a heaven for all the lost and lonely equipment. We imagine them making beautiful, sorrowful music together.  (Richard Allen)