Copenhagen recording artist jjjacob kicks off his new katharsis label with a compilation trilogy.  The albums offer an elemental trip through the emotions of quarantine, from the need for peace to expressions of anger to a yearning for hope.  Each is released at the time it is most needed: a pleasing confluence that jjjacob could not have seen coming.

Remember those early days of the pandemic?  We were all anxious then, seeking peace in the midst of turmoil internal and external.  The Flow of Water starts with a bang, but leads listeners to something like “katharsis.”  In Bungalovv’s “even if we don’t breath (sic) the same air,” the stage seems ripe for confrontation; then jjjacob himself defuses the tension with the album’s first water sounds.  “It’s time to let go of your fears and doubts,” he writes, “to embrace … strength, perseverance, courage and determination of spirit.”  This “Poignant Cleansing” is more than physical, but delves deep into the soul.  pol100’s “Methaphysical” is even more restive, arpeggios dancing softly on a bed of static.

One wishes Mang’s “Vivi’s Meadow” were longer; at 1:42, it invites us to dance on newly-grown grass, but as soon as our shoes are off, the track ends.  mutate3k makes up for it with a dreamy piece that is more like lying in that same meadow, gazing at the clouds.  “Heedless” is an oddity, in that a choral breakdown seems to be followed by repeated f-bombs; but that’s how we all felt in those early days.  At least the choir has the final word.  When Misty Picture launches “World Map Score” with chimes, the implication is that things will eventually turn out all right.  Our entire future may be a “misty picture” right now, but we can make it clearer if we set our minds to it.

“ornament and shine” continues to soothe, as luxuryproblems eases off the tempo pedal to produce a blend of ambience and drone.  Romance Relic returns the pulse, although it is still offset by crashes, as if to represent a battle between wolves.  This leaves Flagalova to finish it out with a piece that is as far from Bungalovv as the east is from the west.  Vangelis would be proud. 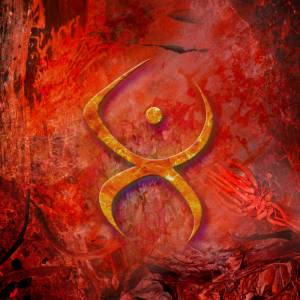 A month later, and the world is no longer seeking peace as much as it is justice.  When the killing of George Floyd set off global protests, it sparked a wave of social change with a velocity seldom seen in modern history.  Even in the midst of unprecedented scrutiny, more black citizens were killed.  This, combined with the full knowledge of economic inequity, lit a spark that grew to a fire, in some cases a literal one.  The Burn of Fire was released during this struggle, even though it had been conceived many weeks earlier.

As one might guess, The Burn of Fire is an angrier set.  “Each of us is born with a box of matches inside us,” writes jjjacob.  The challenge is to use the emotion as a creative fire.  This time, as Alto Aria’s “Viper” launches the compilation, we expect a different sort of catharsis.  Let it all out, this set seems to say.  As a person who has marched, I can attest to a sort of euphoria which comes from hours of chanting; there’s a time for raised voices, as well as a time for aggressive music.  Pope extends the mood with long chords and crunchy beats; there’s a great storm a-coming.  Kris Vango slides the set into the industrial, guttural utterances offset by a sweet siren call.  Behan continues the mood with “Spiders,” which added to “Viper” brings to mind a song by Jim Stafford.

Boding may turn down the beats, but it doesn’t dial back the menace.  The streets are still burning.  KMRU’s “eve_rem” sounds like an old dial-up modem, trying to connect.  One might interpret this at face value: the difficulty of connecting with others, the desire for what has been denied.  But one may also view it through the eyes of protest: the desire for a cause to connect, for validation of the issue to sink in.  The percussion returns in Daniel Ness’ piece, along with engaging breakdowns with thumb piano and Autotune.  Then Grasps_ presents the set’s strongest track, the heavy, beat-driven “Angels Glance.”  The track is so good it doesn’t make one angry; it makes one want to dance ~ another type of catharsis.  RO Zar provides a late left turn with the seemingly autobiographical yet disturbing “Growth” before Hajj closes it out with a relatively sedate entry.  Are we spent?  Did the anger wear us out?  Was the industrial music more cathartic than the peaceful music, or less?

First we sought peace; then we sought justice; now we seek hope.  The Breath of Air seems so incredibly timely among chants of “I can’t breathe.”  Will all the social distancing, the isolation and the economic destruction flatten the curve?  Are we safer now, or did we delay the inevitable?  Are the new anti-racism, anti-violence laws being passed simply lip service, or will they be followed by substantial change?  Is there reason to look forward to the future?  We need hope now more than ever; and air is the element that encapsulates our highest hopes, our deepest dreams, our most idealistic aspirations.

While the final segment won’t be out until July 3, we can tell you about it here.  We begin in the jungle (as implied by the cover) with the sound of birds and sweet synths.  Basura’s “Entering New Realms” is a huge change of pace from what has come before.  Lighyer’s ambient-minded “Spawning” may be about wildlife, but highlights the fact that some couples are still choosing to make babies during the pandemic, which is either the height of absurdity or of trust.  And while the title of indigoblue’s “No City Is Eternal” implies the fall of kingdoms, the timbre is incredibly peaceful, especially in the final minute.  We hear water, which sounds like it comes from the wrong comp, but it’s forgivable.  Essence livens the room with a shoegazey brand of electronic gauze, while fetva’s “We Are Floating” defies its title by breaking into rapid rhythms mid-piece.

On the back end, Sigurd Skovlund stutters voice across synth, sounding a lot more like floating than the previous track, until a “holy sh*t” and a “what the “f-” break the mood; for obvious reasons, we’d have preferred an abbreviated version.  Yoshitaka Hikawa restores our faith with the far brighter “The Box Man,” which includes a surprising percussive shift at the very end.  Hidden calms everything down on “Xertz,” which is an actual word meaning “to gulp something down in a quick and greedy fashion ~ although the track itself is slow.  jjjacob himself returns as a guest on Mithril’s “Dream Needle,” the second track here to include water sounds.  This leaves Victor Metske the last word.  “Solar” gazes skyward, toward sunshine and warmth, pointing to summer and hopefully a brighter outlook.

The label may not have set out to score a pandemic, but they ended up making a perfect match.  As a bonus, the wealth of artists bodes well for their prospects.  For those who are wondering, the Earth aspect will be covered in a jjjacob release later this summer.  Welcome, katharsis, we wish you the greatest success as you continue your three-tiered launch!  (Richard Allen)

Tags: jjjacob, KATHARSIS, Richard Allen, The Breath of Air, The Burn of Fire, The Flow of Water