sleepmakeswaves ~ these are not your dreams 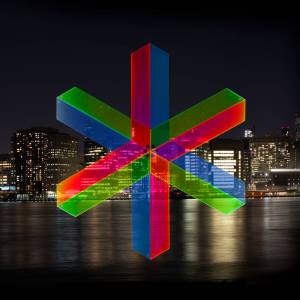 We’ve gone an entire season without reviewing a post-rock album, which we suspect has never happened before.  We’ve been waiting for an album to blow us away.  Fortunately, since sleepmakeswaves has been releasing these are not your dreams as an EP trilogy, we’ve been invested for months.  The reason: album opener “the endings that we write” (a curious name for a first song!) is itself worth the price of admission.  Even if the rest of the album failed to live up to expectations (don’t worry, it’s good!), we would already be satiated.  This behemoth track, eleven and a half minutes of post-rock glory, is an instant classic.  Not only does the piece retain its high energy throughout, it introduces tempo changes, hints of metal and touches of brass.  In its final three minutes, the timbre changes from motivational to restive, a sublime comedown.  The track joins All Shall Be Well’s “We Are All, In All Places, Strangers and Pilgrims, Travelers and Sojourners” as one of the year’s best post-rock tracks.

We’ve buried the lead on purpose.  The band introduces vocals here, but uses them sparingly and saves the most overt, lyric-based tracks until the end.  As an instrumental-minded site, we’re not particularly keen on vocals, but we do like to see a band stretch its wings.  Our advice is simple: one can be another just good vocal band or a superlative instrumental band.  Don’t give up what you do best!  Fortunately on a 70-minute album, there’s plenty of room for experimentation, and by the time vocals appear, the instrumental cups are already running over with powerhouse, single-length tracks like “batavia” and “cascades,” the latter making great use of falsetto voice only in its closing third, 25 minutes into the album.  “time wants a skeleton” flirts with light electronics, a la 65dos, while “pyramids,” the set’s second-longest track, explodes with riffs reminiscent of classic rock while adding a Turkish twist.

The band has gone through various permutations over the course of its existence.  Now well into its second decade, sleepmakeswaves has become a trio, but on louder tracks such as “menthol” it sounds twice the size.  We still miss the violin, but we understand that lineup changes are often necessary for a band to molt.  The final EP (tracks 9-12) sports two semi-electronic and two pop vocal tracks, and may surprise long-time fans, but it underlines the purpose of the EPs: to demonstrate different sides of a band in flux.  We’ve gotten what we came for, and we’re happy.  (Richard Allen)

Tags: Richard Allen, sleepmakeswaves, these are not your dreams