Limpet Space Race / Orchestra of St. John’s ~ We Are Water 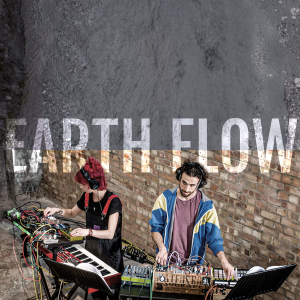 This two-part series highlights the effects of climate change from the Himalayas to Ethiopia, as instability at the top of the world leads to instability at the bottom.  Recognizing the threat to the most basic of human needs, the electronic pop duo and the orchestra find common ground.  OSJ’s Alaskan conductor Cayenna Ponchione-Bailey commissioned the work, which is connected to research projects around the globe.

“Earth Flow” is presented in conjunction with Himalayas to Ocean, an organization that seeks to document the increasing landslides along Nepal’s Gandaki River, the result of glacial melt and torrential rains.  Water recordings open and close the piece, and are never far from the foreground; at 2:45, the music recedes to reveal bubbling and gurgling.  The drama of the strings is echoed by the electronics, and the overall effect is indeed that of flow.  Stops and starts indicate junctures at which water may be stymied, needing to find new paths.  The more upbeat of the two tracks on We Are Water, “Earth Flow” even develops a pulse mid-ride, courtesy of Limpet Space Race, whose modern injections suffuse the track with new energy.  Only in the sixth minute does the impact begin to sink in, as violin gives way to cello, music to field recording, trickle to torrent.

“Reaching Water” benefits from spoken word samples culled from the work of Dr. Catherine Grasham in Ethiopia’s Awash River Basin.  Farmers speak of the difficulty of finding water, and the need to walk for many miles.  The yearning themes of the Orchestra of St. John’s support their diagnosis.  These are tough times for those on the margins, squeezed into ever narrower bands of sustainability.  Again the music retreats (3:00) in order to reveal the sound of liquid life.  From this point forward, the tone brightens, as rivers lead to lakes and seas and a community rejoices.

But how long will these resources survive?  And is this happy ending only a respite on the way to an inevitable disaster?  Over the past decade, an incredible amount of time and energy has been devoted to this issue, perhaps best summarized by Greta Thunberg’s stark warning, “I want you to panic” ~ but we’ve seen little movement on the part of politicians, especially those whose actions might have the greatest impact.  We’re humbled by the work of these musicians and researchers, who keep us locked into this issue; now it’s our turn to put the pressure on our leaders in hopes that one day, the ending of “Reaching Water” will be our ending as well: a global celebration that we have reversed the flow of climate change and preserved earth, water and air for future generations.  (Richard Allen)