PARKEN: Live in the Park 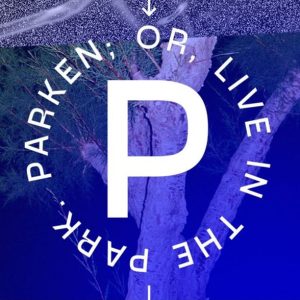 Here’s another fun festival that one can only find online: nine concerts curated by Robert Schwarz as part of Vienna’s PARKEN festival.  While most of the concerts took place before COVID-19, the artists were unable to tour this year, so this is a great way to get close to them, aurally speaking.

Seven of nine (yes, that is also a Star Trek character) are already online, with the final pair scheduled for November 26.  Paul Ebhart kicks things off with tiny static, brass blasts and mouth harp, creating a unique tone midway between experimentalism and drone.  In contrast, Alpha Tracks presents a peaceful, ambient journey with bubbling electronics, perfect for lying in the grass staring at the clouds and drifting off.  Then the concert grows more active at the halfway point, stirring wakefulness; by the end, it’s an invitation to dance.

Cam Deas‘ 60′ Structure (for Channa Horwitz) is meant to reflect our changing times.  Comprised of “120 sine waves and their percussive counterparts,” the piece highlights incremental development.  The undulations may be lugubrious, but the shifts are significant.  Jung An Tagen‘s Handshake (y), at only 23 seconds, is a bit maddening ~ allegedly “an album in a series of 2 containing 13 tracks,” but something has been lost in translation.  Fortunately Jonáš Gruska restores the balance with a 2020 performance: drone toppling into percussion, then a Cage-like lull in which the spectators can be heard, followed by wild shifts in synthesized sound.  Chra was also able to perform her piece in the park this July: a subdued, menacing work with sub-tones of magma and hints of tectonic shift.  Mo Nahold‘s cheerful mix set, recorded a month later, boasts percussion like raindrops and soft synthesized choirs, leading to big beats and savage synth.  In lieu of clubs, and in the face of new lockdowns, it’s good to have the great outdoors.

And now to the invisible pair, soon to be unveiled.  Rojin Sharafi‘s half-hour set is rife with video game beeps, tribal drums, laser breakdowns and a sense of the otherworldly.  The Sigmund Freud Park may have been left with a crop circle after this performance.  And finally Philip Jeck, who in terms of positioning might be considered the headliner.  Thoughtful and deliberate, his closing set sounds like a night beneath the stars, a world in which COVID never hit, a reminder of our dreams and ideals.  It’s the perfect ending to a strange, disjointed season, where the past and present are intertwined and vinyl captures our hopes like the growth rings of a tree.  (Richard Allen)