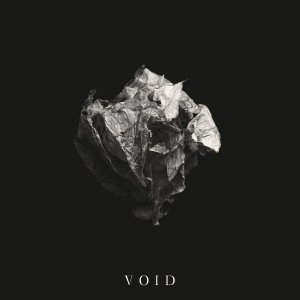 Hamburg’s CORECASS (Elinor Lüdde) is impossible to pigeonhole.  Her chosen name sounds like that of an industrial act and is similar to that of an established metal band (Carcass).  Her template mutates from release to release, encompassing rock, electronics, modern composition, gothic and ethereal. Lüdde is known for playing harp and accordion, although church organ is the prime timbre of her latest EP.  While two of the aforementioned instruments imply she might sound like a modern Hildegard von Bingen, she prefers the tones of Bulgarian choirs and on one track recalls Sina Hübner.  Her incorporation of field recordings throws another monkey wrench into any attempt at categorization; and yet V O I D is entirely fluid, internally harmonious despite its reach.

The seeds to the new EP seem to have been planted on MAGMA, a stellar 8-minute single released in 2018.  That track began with rain and bicycle bells, but quickly established a dark template with electric guitar and huge-sounding percussion offset by harp and distortion.  A light vocal snippet presages the use of voice on V O I D, although one track of the new set bursts the seams like an overstuffed bear.

The construction of V O I D is simple:  a three-movement piece alternating with the waterlogged interludes “Carbon,” “Amber” and “Breath.”  The dynamic contrast of flowing rivers and lapping waves provides an opportunity for the power of the main triptych to soak in.  Are we in church?  Only technically; the holy timbres of “V O I D I” give way to darker currents, recalling vintage releases on Cleopatra and Hyperium.

The era of the gothic and ethereal was known for a mingled sense of reverence and horror, with modern echoes of the medieval.  CORECASS extends that tradition into a new decade.  On “V O I D II,” Lüdde whispers of burning witches; then the drums and guitars come crashing in.  She dares to raise her voice against the chaos, implying defiance, determination, resolve.  Organ chords sound dramatically, then recede.

The church is both hammer and velvet glove.  Its relationship with women is fraught with inner contradiction; the treatment of Joan of Arc is one noteworthy example.  Yet across the globe, the church is overwhelmingly occupied by women.  The power of the feminine is feared, yet revered.  On V O I D, CORECASS lets this power loose through spoken word and wail, churning sonics and nature’s tonic, a potent combination.  “Tell me if there is anything to say at all” ~ there is.  A shout into the void may yet produce a response.  (Richard Allen)