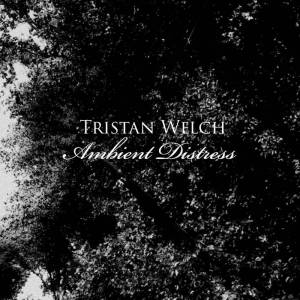 If there was a phrase to sum up our collective state of mind in the year 2020, ‘ambient distress’ might be the one – especially for the homebound part of the population on the backlines of the pandemic, stranded on the vast psychological battlefield. That permanent undercurrent of distress hanging in the uncertain air, Tristan Welch would not let go unacknowledged.

From the first menacingly pulsating tones of the opener ‘Employment Frustration’, a stream of melodically sharp, reverb-damaged drones powers forth in a buildup to an enchanted momentum without a resolve, a defining mood of the album. The insistent, repetitive, obsessive quality of these mood pieces excludes any notion of the wallpaper ambient effect. It’s the sound of the background emanating at full force, a sublime incursion that can’t be ignored.

Welch delivers paradigmatically challenging, anti-escapist, engaged ambient, juxtaposing the soothing textural sonic work with the political edge of the subject matter. Ambient Distress rightfully re-politicizes the psychological and strikes with a subversive twist on the poignantly relatable titles, cutting through the nebulous mist, while never spoiling the magic. But wasn’t that ominous ambience there already, lurking in the background of our lives, with the crisis only exposing the systemic anomalies, capitalist delusions causing it?

Late Mark Fisher writes in his classic book, Capitalist Realism: Is There No Alternative?’ “ I want to argue that it is necessary to reframe the growing problem of stress (and distress) in capitalist societies. Instead of treating it as incumbent on individuals to resolve their own psychological distress, instead, that is, of accepting the vast privatization of stress that has taken place over the last thirty years, we need to ask: “How has it become acceptable that so many people, and especially so many young people are ill?”

Capitalist realism privatizes stress, narrowing it down to the subjective realm of individual and natural causes.  While the system itself is producing objective psychopathology, we often wrongly internalize and are left to deal with stress on our own. Even further, systemic psychopatologising performs a kind of collective gaslighting, later covering the systemic flaws with overmedication and asking for endless subjective correctives and attitude gymnastics to adjust to a profoundly unworkable reality. ‘Ambient Distress’ charts those faulty dynamics that burden us with growing global distresses, demanding more and more psychological labour to cancel it out. A blend of sonic danger signaling and blissed-out sublimity, it both exposes the unpleasant truth and offers the aural remedy, an uncanny illustration of our ambiently distressed, but strangely cosy anxiety.  (Danijela Bočev)