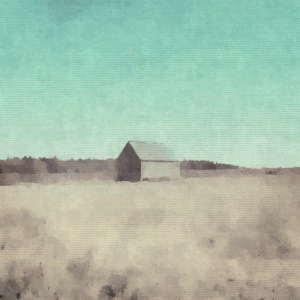 One of our Labels of the Year didn’t start as a label, but as a festival; another gathered contributions from around the world; the third was unable to publish physical editions during the pandemic, and went digital.  In the spirit of equanimity, AMPLIFY 2020, Cities and Memory and Whitelabrecs share the distinction of being our our Labels of the Year.  Their output could not be more different ~ one is ambient, one is experimental and one makes sound maps ~ but together they form a sonic tapestry of 2020.

Harry Towell’s Whitelabrecs was going gangbusters before the pandemic, but on April 1 (of all days!) the local post office closed and the label was forced to suspend physical production.  For the remainder of the spring, the label collated contributions to a series called Home Diaries, eventually concluding on June 26 with the 30th installment.  But the releases didn’t end with the music; the liner notes included interviews with each artist, asking about their current situation and how they were coping with current events.  Each artist was then invited to share words about their gear and production techniques.  A single photo in different tints graced each release: an image of isolation, but also of home.  In like manner, these ambient albums provided a sense of solace along with the comfort of calm.

AMPLIFY 2020 was scheduled to be a festival, but then festivals across the world were cancelled.  Undaunted, Jon Abbey (Erstwhile Records), Vanessa Rossetto and Matthew Revert teamed up to move the festival online.  This eventually resulted in an astonishing 241 singles, EPs and albums encompassing a wide swath of experimental and improvisational music.  With so many artists recording at home, the invitation was a godsend; their isolated efforts would not be in vain.

When Cities and Memory issued a call for isolation and quarantine sounds, they had no idea that the response would be so overwhelming.  Their compilations provide only a window into the vast wealth of sounds, which sonic ethnographers will be mining for years.  #StayHomeSounds invites home dwellers to record sounds however they would like (even on a phone) and submit them, no training needed, along with a short scene report.  The result is a raw sonic diary of the world in a time of crisis, while the egalitarian invitation adds a brilliant metaphor.

We have three honorable mentions, all of whom also appear on our Pandemic Playlist.  Touch Records spent months releasing weekly installments of its Isolation series, spanning five of our seven genres, pairing each release with gorgeous photography.  In the late months of 2020, they launched a second project called Displacement, featuring longer works.  Castles in Space asked artists to submit uplifting tracks for its 5-hour compilation The Isolation Tapes, culling their final list from over 250 entries.  And Brazil’s La Petite Chambre released weekly EPs in the series At Home With (songs for solitude), temporarily shutting down as the virus reached new heights.

The honors don’t end there ~ in addition to these labels, many others also found creative ways to hold festivals online; released pandemic and protest-related compilations; donated their profits to worthy causes; and rallied behind their artists while doing their best to make a positive impact on the world.  Bandcamp deserves mention as well for waiving their normal share of the proceeds on the first Friday of every month.  We’re proud to be part of an industry with such a humane heart.  As the pandemic continues to spread and a second round of quarantine begins, we know that we can count not only on the music, but on the people behind the music.  Thank you for providing such empathy, and for keeping our spirits afloat.  (Richard Allen)