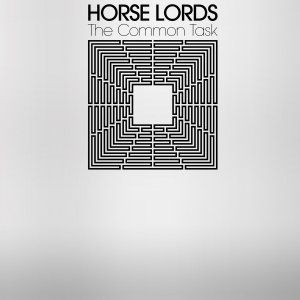 All four of our sub-categories find a home in this year’s list, forming a diverse community.  Loud and soft tones co-exist, but no voice is raised to drown out the rest.  If only our whole world could be like this!

It’s been a hard year for bands, especially those on the rocking end of the genre.  Loud music needs stadiums and festivals, but these were some of the first things to go.  Still, in some of the releases below, one can sense these artists raring to let loose.  Two offer album-long jams, while another presents a pair of side-long jams.  These are balanced by a pair of lighter, stay-at-home releases, one for street protests and a number that lie in-between.  And now, A Closer Listen presents The Best Rock, Post-Rock, Folk & Jazz of 2020!

All shall be well (and all shall be well, and all manner of things shall be well) ~ Zwartgroen (Self-Released)
Once upon a time, this chart was dominated by post-rock.  That’s why it’s encouraging to see a few bands managing to keep the home fires burning.  Zwartgroen is the latest in a string of incredibly powerful releases from this Dutch band, who adopts the words of Julian of Norwich, casting a net of active calm.  Hefty melodies grow from thoughtful builds, rising above the chaos, approaching catharsis.  It’s difficult to bear the flag of an entire genre, but this year, All Shall Be Well held that flag high.  (Richard Allen)

David Lord ~ Forest Standards Vol. 2 (Self-Released)
The second entry in the Kansas guitarist’s twinkly jazz series flirts between whimsical and canonical in its melodic ramblings. It is the rare instrumental album that subverts traditional improvisation by engaging directly with the expectations of the genre. Lord and Tortoise’s Jeff Parker exchange flurried arpeggios that feel ballroom-gauzy at one moment and yet imminently combustible at the next, always with the liminal mood of the Lydian mode. Forest Standards Vol. 2 defamiliarizes the guitar as a jazz instrument, winking its way through an impressive rhythm section like an uninvited guest drinking too much wine and telling the best stories.  (Josh Hughes)

Horse Lords ~ The Common Task (Northern Spy)
Ordinarily when I hear a group cite Saharan guitar music as an influence, my reflex is to cut out the middleman, just listen to Mdou Moctar or Les Filles de Illighadad instead. But we’ve long been fans of Horse Lords’s unique brand of heady, trance-inducing, just-intoned rock music, and The Common Task may be their most accomplished work to date. Electronic music has made the exploration of intricately interlocking patterns of syncopated phrases rather commonplace, but these compositional strategies take on new life performed by a live ensemble. Horse Lords scratch the same itch for me as a group like Elektro Guzzi, evoking the dynamic potential that often gets lost in a deluge of loop pedals and solo projects, a reminder that music is essentially social. Punctuated by a healthy dose of utopian imagination, The Common Task was the joyous ode to collectivity that we needed this year. (Joseph Sannicandro)

Methods Body ~ Methods Body (New Amsterdam/Beacon Sound)
John Niekrasz and Luke Wyland first met in 2007, so it has taken this Portland duo a while to make a record together. As the result is the supremely inventive Methods Body, it’s been worth the wait, although we kind of wish they had four or five other records ripe for discovery (separately, they have sizeable discographies – this may explain the delay in working together). Propelled by Niekrasz’s polyrhythms, Wyland explores a multitude of melodies and sounds, resisting the urge to go too abstract across two side-long suites. It could sit alongside a few 70s electric jazz albums without any problem, but equally, it sounds unbelievably new as if we’re sitting in on the moment of creation. (Jeremy Bye)

Nicol Eltzroth Rosendorf ~ Big Other (Negative Capability Editions)
Big Other’s expansive drones and the way its instrumentation overlaps throw up not a wall but a sea of noise and sound. Like in the best of drones, the word ‘volume’ can be used to describe both its aural quality and its physical presence. When at its quietest, Big Other sounds like a deep underground cavern, the ending almost always within sight, but never actually arriving. In a sense, it is a true soundscape, its harmonies converging into the feeling of a place, of a geography drawn in tones. There’s potential to get lost in the echoes and the crevices that make it up, sometimes finding sites of grinding drone, sometimes a pocket of calm reverb. (David Murrieta Flores)

SPAZA ~ UPRIZE! (Mushroom Hour Half Hour)
Black Lives Matter and the struggle against apartheid share common ground. UPRIZE! has been riding the festival circuit, waiting for its time to shine. This film score from the SPAZA collective incorporates movie dialogue with jazzy instrumentation and poignant vocals to create a quilted reflection.  Meaningful, encouraging and wondrous, this score is an expulsion of joy. The people united will never be divided.  (Richard Allen)

still life ~ for a long time i went to bed early (Hush Hush Records)
This is the rare album that changed categories over the course of the year; we initially had it under Electronic, but those post-rock songs kept surging forth and changing our minds.  As the lowercase title indicates, this is a restive album with bouts of morning energy.  (Props to the avid reader who alerted us to the fact that the title was inspired by Proust.)  Dialogue snippets permeate the album, lending it a homespun charm.  Released in January, the theme has more to do with winter than pandemic isolation, but those who discovered it later could relate just as well. (Richard Allen)

Thisquietarmy x Away ~ The Singularity, Phase I (P572)
The unusual pairing of experimental guitarist Eric Quach (Thisquietarmy) and heavy metal drummer Michel “Away” Langevin took us by surprise at the end of a year full of both upsetting surprises and mundane expectation. The Singularity, Phase I grips the listener by the throat with slow-churning drone pieces that make Mogwai sound like adult contemporary. The monster on the cover might represent the violent crescendos of the Alpha and Beta tracks, yet it also creates an exciting sense of detached spectacle. Quach and Langevin have quickly dialed into a pummeling atmosphere that remains forgiving— fear is replaced with awe as the cymbals and feedback ascend ever-upward to heavenly intensity. We watch the city burn from our screens and feel animated.  (Josh Hughes)

VeldHans ~ The Becalming (Great Waters/One Acre Recordings)
This late-season surprise won us over with its warmth and charm.  The lead video for the title track (seen in our Happiest Music of the Year article) was the entry point into a set that reminded us of the best of Lemon Jelly.  Aliens, prog flute, square dancing and skipping records all have nests in this tree.  Born from the pandemic, this inspired pairing of talents spoke directly to the hearts of those in peril: be calm and carry on.  (Richard Allen)

Whale Fall ~ It Will Become Itself (Self-Released)
To put it bluntly: It Will Become Itself made me want to get into post-rock again. I’ve slowly and inadvertently phased it out of my listening habits, but here’s an album that made me feel like I was whatever-years old again, immersed in powerful, life-driving emotions. Mixing live, improvised recordings with studio adjustments, Whale Fall have crafted a highly-polished musical drama in which the narrative we’ve all heard time and again (crescendo – crash – crescendo) seems exciting, heavy, like everything is at stake. Its jazz noir vibes fruitfully add an innovative way to resolve those crashes in the narrative, making it unfold smoothly, cathartic in more pensive ways. The genre might be moving at a slower pace than a decade ago or so, but it is thanks to bands like Whale Fall that it still manages to surprise, after all these years. (David Murrieta Flores)