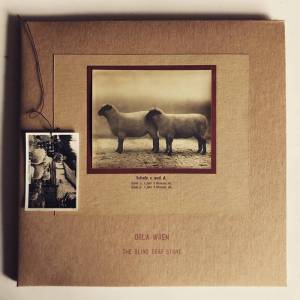 Sequestered deep in the Scottish countryside, Orla Wren composes wistful electroacoustic soundscapes that float through genres with the gracefulness of a roaming herd of cattle. His latest release, The Blind Deaf Stone, contains four longform tracks that shift through gracious passages of field recordings and smoothed out arpeggios all recorded on one monophonic synthesizer. Even with such rigid procedural limits, the pastoral impulse is hard to shake. Indeed, this is partially due to the cover art and stunningly intricate vinyl packaging— which showcase 100 year old photographs of farm animals— yet there is also a striking sense of quietude that feels more pronounced than on your average ambient album.

The album is divided into two sections: the A side “life in the minus” and the B side “ancestral lines,” both of which contain six movements through two tracks. There is an allure to the blatant symmetry of each track running exactly 12 minutes, especially considering how the arrangements come off as completely freeform and meandering. Wren’s highly calculated methodology starkly opposes this peaceful mode of operation, yet perhaps that’s the exact point. Recorded piece by piece, only able to play one note on one track at a time, The Blind Deaf Stone accidentally evokes Talk Talk’s last two records in its uncompromising vision of organicism through manufactured precision. One can quickly jump from the symphonic swells of “surface skins/water in the inkwell/childhood bouncing back at me” to the unadorned Scottish plains without realizing how much articulated thought went into every note. Certainly this applies to nearly all instrumental music that is tied to a specific place, yet Wren brings our attention to this inherent dichotomy. 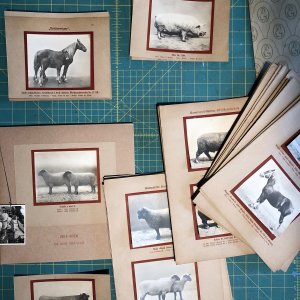 The record truly stands out in a sea of like-minded projects for the masterful sound collage layering. At one moment “the emotional nodes/memory veins/sleeping birds” appears to be heading towards a ghostly dub loop, but then the swishing percussion fades out and a beautiful chirping melody rises to the forefront. Wren treats his synthesizer with the patience of a craftsman— it cannot be overstated that every sound comes from one instrument. The forced reductionism in arrangement might turn into an exercise of noticeable restraint in other hands, yet Wren ultimately bends the synthesizer to his will instead of the other way around. The fusion of tinny pad swells with organ tones and harsh staccato sequences deepens the complex relationship with nature that Wren translates from such a limited setup. The only added components come from two stereo binaural mics that were used to capture the field recordings, which add a necessary, direct connection to the landscape.

While it’s an overused descriptor for swelling instrumental music, it’s hard to describe The Blind Deaf Stone as anything other than cinematic. The full 48 minutes drift by in a pensive hum that would elevate nearly any visual stimuli attached to it. The first movement of the opening track, “closeness as lyricism,” presents the record as an experiment in intimate proximity, where hushed sounds slip into an unavoidable foreground. Yes, the music is gentle and sweeping, but it beckons the listener into a close up world of bristles of grass and shuffled footsteps. When everything in our lives feels uncomfortably slowed down, Orla Wren offers up a healthy argument for paying attention. (Josh Hughes)