Oh No Noh ~ where one begins and the other stops 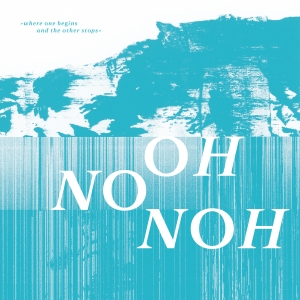 Markus Rom is a one-man band who sounds like an ensemble.  He’s (literally) pulled out all the stops for his debut album, already releasing three videos and a special edition lo-fi music device with audio stem and recording capability.  There was no way this thing was going to lose.  Oh, the music is good too!  We should have led with that!

We’ve already featured “Alba” in our Spring Music Preview, showcasing Rom’s (Oh No Noh‘s) DIY ethic.  There’s all our wonderful outdated tech in one place, and a cute little cassette caressing it all.  Forky, you have competition!  The song’s relaxing scales and tape wobble (don’t walk too far, little cassette!) produce a feeling of nostalgic warmth.  Despite its own physical limitations, the tape is still trying to fix a friend.  Stop motion requires a lot of patience, so much respect to Anne Brüssau for the animation and design.

After not seeing Oh No Noh in person, it’s a slight surprise to view the title track, where viewers receive a window into the album’s genesis.  Here’s Rom (who shares the name with CD-Rom, a nice confluence) with a collection of handmade inventions, a musical toy factory.  There’s a little bit of “Rockit” in the man, a little “Marble Machine.”  Is that a Yankee Candle?  All the while the guitar is a soothing influence.

Then the just-released “Shrugging,” switching gears once again with bright split-screen animation.  The perkiest of the three videos (with the most overtly electronic sound) receives visuals to match: cartoon renditions of the creations on Rom’s table.  Rock and rainbow, pond and cloud, spring and smoke make joyful teams.

And of course there is more: four other songs that may eventually weave their way into our eyes as well.  The opening piece has a recurring laugh track, like a wave.  “golb” enjoys time with triangles. Like its title, “foam” softens the ending with delicate piano.  Together they form a kind electronic tapestry, a homespun symmetry between man and machine.  (Richard Allen)

Tags: Oh No Noh, Richard Allen, Teleskop, where one begins and the other stops