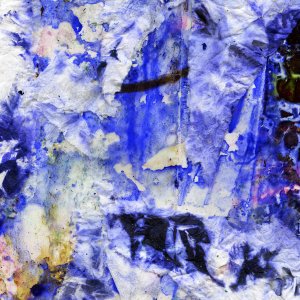 If you want to grab our attention, record your album in a cathedral in Iceland. We like Iceland – the music, the scenery, the people. When we cash in our dogecoin investments, all the website’s writers will visit the country, revel in the landscape, experience the northern lights and, if finances permit, share a beer. We also like cathedrals, great sites of historical importance and architectural legacy – and if you don’t want to be a tourist, they are sublime places to seek peace and contemplation. There’s also something about the acoustics of a cathedral that musicians and composers have exploited over the centuries, the lingering echoes and textures of ancient stone walls and columns all contributing to creating a transcendental experience.

So the news that Lucy Railton and Kit Downes recorded Subaerial in Skálholt Cathedral was like catnip to us. Taken from a three-hour improvisation session in 2017, Subaerial is the first work released with both of their names on the cover. They have known each other for many years – presumably, their orbits overlapped via Impossible Ark, the British jazz label that was home to numerous ensembles built around a handful of musicians. Kit Downes was one of the breakout stars of that scene, scoring a Mercury Music Prize nomination for Golden in 2010, back in the day when the Mercury judges felt duty-bound to include one jazz album on the shortlist (he lost to the xx). Downes’ interests gradually moved away from the piano trio via Light From Old Stars which expanded the line-up to include Lucy Railton, and Tricko, the first appearance of Railton and Downes as a duo – although it was just credited to Kit Downes.

Meanwhile, Lucy Railton has chalked up an impressive CV, both as a session musician (she’s appeared on albums by Bat For Lashes, Bonobo and Beatrice Dillon – and that’s just the Bs) and as a solo artist. She enthralled as a live improviser in the before times, and in the last year has impressed with the solo pieces Forma on Portraits GRM and 5 S-Bahn for Boomkat Editions – the latter being very much a lockdown album, recorded in Berlin in April 2020, responding to the sounds outside the window.

We have to skip back to September 2017 for Subaerial and to the Skálholtsdómkirkja. Although there has been a church on this site for 1,000 years, the cathedral is a relatively new build, particularly in cathedral terms, and is less than 60 years old. It’s not a building with echoes of the ancients reverberating from every brick, therefore, but is light and spacious, clearly with a lot of history underfoot. The pipe organ that Kit Downes plays is not one of those immense, pipe-laden instruments you would associate with cathedrals but a smaller model, appropriate to the size of the building and housed off to one side. Perhaps the organ’s location (with Downes facing the wall while he played) meant that he had to gradually feel his way into the improvisation. Although there is the occasional burst of noise, such as passages in “Lazuli” and “Torch Duet”, he seems content to let Railton lead the way.

Subaerial is very much Lucy Railton’s show, with her cello both grounded and ethereal, delicate at one moment and sonorous the next. Her playing effortlessly defines the mood of each part, with an understated, graceful majesty. There’s light and shade here, with the occasional joyful squeak amid the more frequent mournful drone. The album is edited down from a three-hour session, and the tracks themselves are untouched, allowing the preferred passages to play out. Selecting the best parts of an improvised work is a skill in itself; it may be that files and mixes have been crisscrossing the globe for the past three years as the session is whittled down to a vinyl-friendly 42 minutes.

Although the musicians have known and worked with each other for over a decade, it’s impressive how in tune they are, how Subaerial captures a possibly pivotal moment in time. Both are, I sense, making discoveries as they play. The session was recorded before Lucy Railton began her run of solo works, and it might be that the recording of Subaerial was the eureka moment, that her cello could contain multitudes as a lead instrument. Equally, Kit Downes returned to his first instrument, the organ, and subsequently began a fresh direction with ECM. It’s some way beyond the jazz they both played when they started out, but this is an open and accessible work, serious and thoughtful but also crackling with the joy of creation. Hopefully, there will be the opportunity for this collaboration to be revisited, possibly delving into a new locale, with different resonances. However, if it has to be a return journey to a cathedral in Iceland, we’ll see you there. (Jeremy Bye)