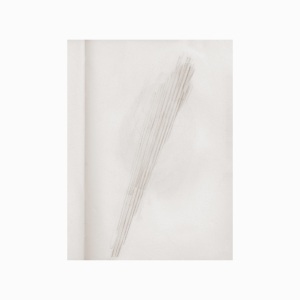 Lawrence English‘s Room40 label is about to go on an absolute tear, with eight multi-genre albums already announced for fall.  The artist’s own A Mirror Holds the Sky is the first of these, and the first of two in an eight-day stretch, the second being Observation of Breath on Hallow Ground.  One’s immediate reaction is to surmise that the artist had an incredibly busy summer; then one remembers that English lives in Australia, where winter is drawing to a close.

Like Camus, English lives in winter while recalling summer and vaster things: in this case the Amazon, where he traveled in 2008 as part of a residency sponsored by Francisco Lopez.  Revisiting fifty hours of recordings a decade removed, he creates a sonic short story, a “compression” of 36 minutes, a seven part narrative that creates an overview without being exhaustive.  If anything, one wants to hear more.  A 48-page photo book sweetens the deal for those purchasing the physical edition.

By switching locations ~ jungle, river, island, shore ~ English operates as an aural camera, catching different angles, diffusions of sound.  Even in single locations, the sonography is always changing.  Stay rooted long enough and one can hear the arrivals and exits of characters from the multiple fiefdoms.  An avian species may hold claim over one territory, a hydroponic creature another.  In some spots, species calmly coexist, while in others they squabble.

Most of us live in environments less sonically lush, stuffed to the brim with artificial sound.  Sadly, the rainforest itself is suffering.  The Amazon heard in 2008 is no longer there.  Nine nations claim “ownership” of the region, and each year nearly 10,000 kilometers of biodiversity are lost through deforestation so that people can have their burgers and coffee.  Shortsighted gains will eventually lead to long-term loss.  In this light, English’s recordings become sonic treasure: the 50 hours now seem like a reservoir.

While listening, one admires the sheer beauty of the soundscape, from frogs to flies (two of the ten plagues visited upon Egypt).  In many nations, such wild spaces are found primarily on preserves.  These sounds should not seem as foreign as they do.  During the pandemic, many people across the globe began to reconnect with the natural world as it temporarily recovered from centuries of human disturbance.  Ironically, the lull of the pandemic was also a lull in the planet’s recovery: the return of smog, the retreat of wildlife.  A Mirror Holds the Sky is the vision of natural outgrowth, a reminder that when we have less, we often have more.  When a storm visits at the end of the set, much of the other sound is washed away.  What awaits on the other side of our human storm? (Richard Allen)