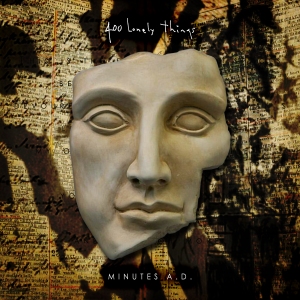 A Mourner’s Companion is an act of love: a series of releases dedicated to the deceased.  Craig Varian, the surviving member of 400 Lonely Things, carries on the work of his partner while composing elegies for multiple generations.  He joins a very small circle of composers for whom specified mourning becomes a calling or compulsion; the earlier periods of Richard Skelton and Celer fall into this vein as well.

This trilogy begins in 2008 in a file exchange between Varian and Jonathan McCall.  McCall was holding vigil while his father was in Hospice.  The recordings hold up well, resting in the cradle of dark ambience, albeit with a warm and watchful tone.  “Night and Day (but Mostly Night)” is a representative piece, replete with loops and rattles that resemble hauntology.  “Laid to Rest,” ironically, has a pulse: an intimation of things to come.  “Stitched” is downright frightening, with deep chords, spectral voices and the spirit of old Cold Meat Industries.  But “100 Years After Death” begins with what seems like a mourner’s lament, a cappella, with birds.  It will eventually be swallowed by echoes and sonic detritus, like a coffin covered in dirt.  The drama culminates in “Curtains,” whose title is dour; yet interspersed are three quieter “Tangles,” pauses for reflection. It’s as if all five stages of grief are visiting at once. 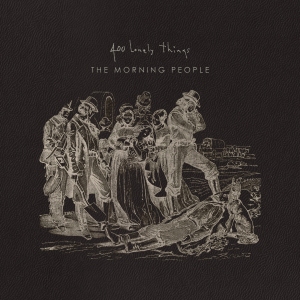 Fast-forward a decade, as it becomes Varian’s burden to experience loss twice in a short span.  The Morning People is dedicated to Varian’s own father, Craig Curtis Varian, who passed away in 2019.  The opening and closing tracks were recorded at his father’s bedside the night before he was removed from life support; the middle tracks were recorded in the aftermath.  “Peace of Mind at the Midnight Lamp” and “Slight Return” (Slight Return)” offer a glimpse into the heart of care, with pensive guitar and a sense of bittersweet acceptance; although it’s hard to know what to make of the fact that the album ends in hospital beeps.  This final sonic impression differs from the legacy that the bulk of the album represents: a tribute to a creative mind, bursting through the prose of an unfinished book.  The Morning People was unpublished, but here Varian shares the first few chapters of the “post-apocalyptic hippie-biker science-fiction adventure novel” that included him as a character: in essence, returning the favor.  Samples from his father’s record collection provide a sweet touch.  “To Sad Old Songs” is particularly poignant; somehow, the repetitions of the title make it sound less sad.  Morning People is not as spooky as its predecessor, dropping the “u” while keeping the homonym; but the twelve minute “Why Me, Lord In the Next World” lands firmly in The Caretaker territory. 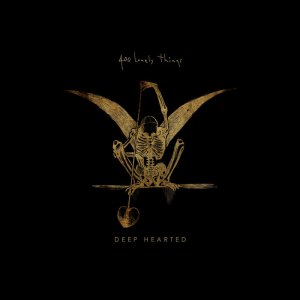 Then in 2020, Jonathan McCall passed away.  Deep Hearted begins with an answered phone call, a voice no longer present, a soft piano.  The music is lovely, the eulogy even more touching.  Acknowledging the demons of his friend’s existence, Varian writes an astounding tribute, touching on themes that many memorials would sanitize.  The impact is difficult to separate from the pandemic, as so many have gone unmemorialized, and most public memorials have been for those with the most positive surface traits.  It’s refreshing to see a person reach past the detritus to find a loved one’s metaphorical heart.  But the physical heart is important here as well: Jonathan suffered for a decade from congestive heart failure, and the titles convey the theme: “Old Heart,” “A Bad Heart,” “Deep Hearted.”

The album also contains the triptych’s most encouraging title:  “Everything Will Be Alright,” with sampled timbres to match.  In this light, even the buried chorals of “Leaving,” which hearken back to “Stitched,” seem more angelic than spectral.  In similar fashion, the beats of “We Leave So Many Things Unfinished In Our Lives” connect to those of “Laid to Rest.”  Is Varian attempting to scry the workings of the afterlife?  Is there an afterlife?  If so, is his friend “in?”  Is there a simple sin/works formula, as a preacher suggests in “A Bad Heart?”  If the weight of a person’s heart is determined by the love they inspire, Anubis will have an easy job with these scales.  (Richard Allen)