Concerts are back!  Solo performers, orchestras and small ensembles have been finding ways to take their music on the road, whether through outdoor venues or by proof of vaccination.  The modern composition scene has a slight advantage over others in that most observers are passive, even when the music is active.  Whether heard on an iPod or in pods of people six feet apart, this music deserves an audience.

Some artists seek to soothe, others to reflect, challenge or entertain, but all artists have been affected in some way by the events of the last year and a half.  Nearly every album appearing this fall was recorded during the pandemic and is colored by a mixture of anxiety, loss and hope.

Rich’s Pick:  Peter Gregson ~ Patina (Deutsche Grammophon, September 10)
What happens when you remove a melody?  The answer to the composer’s question is simple:  other melodies emerge.  Gregson’s cello is in fine form, the ensemble around him is fantastic and the first three videos are sublime.  With Patina, Gregson solidifies his standing at the top of the field.

One of our favorite releases of fall is a reminder of the time before cellphones and the internet, when long-distance couples were only able to communicate by mail and phone.  Mirla reads from her grandmother’s letters, written during the Second World War to a man who might not have been alive on the other end.  This proclamation of hope forms the heart of Solitaire, but (spoiler alert) it does have a happy ending (September 3).  Sophie Hutchings follows spring’s intimate Love & Keep EP with the full-length Echoes in the Valley.  Recorded in the solitude of the mountains, the album vibrates with inner strength (Mercury KX, October 29).  Craig Armstrong‘s Nocturnes – Music for Two Pianos is exactly what it sounds like, a peaceful set recorded during the long pandemic nights (Modern Recordings, September 3).  Olivia Belli returns with the upbeat flavors of Sol Novo, which translates as “new sun” or “new day.”  The phrase may refer to the pianist’s favorite time to record, but it’s also encouraging to think of it referring to a new era for society. The album is preceded by a flurry of six singles, the latest of which is “Grembo” below (XXIM, September).

During the pandemic, Henning Schmiedt challenged himself to record one short piece each day on piano.  He’s chosen sixteen of the best to present as a Piano Diary (flau, September 17).  Tobias Svensson‘s pandemic project was to restore an old piano.  His labor of love is preserved on the Hopkinson 4 EP (sounds fragil, September 24).  Lockdown walks and observations, along with the experience of becoming a new mother, turn the black and white keys of Poppy Ackroyd‘s Pause into color.  When life was put on pause, this vibrant artist continued to press forward (One Little Independent, November 12). “Don’t forget to slow down,” urges the press release for Moving Backwards, a series of slow piano pieces from Rob Collier, meant to imitate the incremental pace of nature (Geology, September 3).  Writing from his mountain home during the pandemic, West Riding found inner peace in his surroundings and translated them into music.  Quiet Mountain is the result, introduced by the very autumnesque track Watching Joyful Leaves Dance to the Ground (CD Baby, September 22).  Scene veteran  Adam Wakeman yields little evidence of his progressive and heavy metal background on the pandemic-born A Handful of Memories, a lovely solo piano set led by The Winter Palace.

Paul Edis‘ The Still Point of the Turning World lies midway between modern composition and jazz, exuding a sense of calm following a time of turmoil (Lateralize, September 10).  Likewise, William Campbell‘s solo effort All in Due Time practices what it preaches, beginning with the title track, recorded with only the left hand as the composer recovered from surgery.  Campbell offers a book of sheet music for those eager to tackle these works at home on five fingers or ten (September 10).  Simeon Walker begins a new EP series with Imprints, a quartet of solo piano pieces that in time will be collected into an album (October 29).  We’re not sure if our readers will be too impressed that Stephen Moccio has worked with Miley Cyrus, Celine Dion and The Weeknd, but his piano album Lionheart certainly falls in our purview (Decca, October 15).  Luke Howard Trio returns with the warm-hearted The Sanctuary, which was recorded in a more innocent time but will be released when most needed (September 10).

An interactive sound structure is the impetus for Iron Orchid, written by Ning Yu and David Bird for piano and electronics.  Curious timbres resonate from inside and outside the piano; metal tubes color the spaces between the notes (New Focus, September 3).  Reimagined is an expressive return to Henrik Lindstand‘s work, as the solo piano is often unmoored from its lodgings.  Alex Somers, Christina Vantzou, Manu Delago and more offer diverse takes on the music (One Little Independent, September 17). 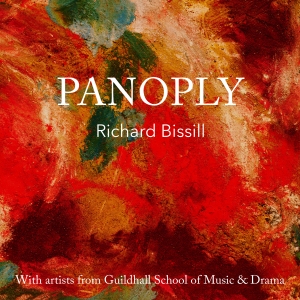 Cellist Gaspar Claus follows summer’s Adrienne EP with the full-length Tancade, which imagines an undiscovered tribe on an imaginary island.  Delving into magical realism, the set is a dreamer’s paradise (InFiné, September 10).  An ambient gloss may coat Dokkaebi, but Ben Bertrand‘s bass clarinet shines through and nudges the album into the realm of modern composition.  Additional music is contributed by Christina Vantzou and Echo Collective (Les Albums Claus, October 1, cover art shown at top of page).  On Panoply, French horn player Richard Bissill sees his works adapted by the staff and students of Guildhall School of Music & Drama ~ a warm and personal accomplishment wrapped up one day before lockdown (Three Worlds, October 15).

Argentinian bandoneon player Leandro Ragusa demonstrates his diversity on the double release of Vol. 1 Electroacustica and Vol. 2 Camara (chamber), hoping to draw attention to the instrument’s tonal range (Espadrille Music, September 3).  We’re always appreciative when an album naming a season is released the same season.  17 Days in December is a series of harp improvisations from Jacqueline Kerrod, the last release on our calendar (Orenda, December 3).

The Lost Tribe Sound label offers more than modern composition, but as many of their releases are part of the Salt & Gravity series, we’re listing them all together.  The Arrowounds album was released in late August, and will be followed by Alapastel‘s dark and mysterious Ceremony, Tony Dupé‘s yearning and enigmatic Margaret Hammett Lived and µastroKristo‘s Ocean in October, the latter release the best exemplar of the series’ watery vibe.  November and December will feature new albums from sanr and t’Geruis.  But wait, there’s more!  In a bit of overlap, From the Mouth of the Sun (Aaron Martin and Dag Rosenqvist) enter the Fearful Void series on October 15 with the exquisite Light Caught the Edges, which ends with William Ryan Fritch‘s double opus Bult Upon a Fearful Void (November 19).

We’ve already reviewed Peter Knight & Australian Art Orchestra‘s Crossed & Recrossed, but the album release (like so many these days) was bumped to a new season.  Fortunately there’s not too long to wait.  The album is inspired by Calvino and Murnane, and the strong literary bent is apparent in the recordings.  With so many albums aspiring to be film scores, it’s wonderful to hear one that celebrates prose (Hospital Hill, September 10).  The very same Australian Art Orchestra also has a brand new release composed by Knight.  Hand to Earth showcases Yolgnu song cycles delivered by multi-national vocalists (AAO Recordings, October 8).

Josefin Runsteen last appeared here with Charles Spearin, and in 2021 each composer has a new solo release.  Spearin’s album appeared last month, and Runsteen’s is set for October 6.  Hana – Three Bodies is a blend of electronics and modern composition, composed for butoh choreography.  The theme of renewal is especially timely (Pacaya).  Avawaves‘ Chrysalis possesses a similarly positive timbre, decorated with both strings and synth.  With tracks such as “Awakening” and “Emerging Flight,” the duo maps a path to a happy future (One Little Independent, October 8).

Deutsche Grammophon follows the Peter Gregson release above with a gorgeous work by Hania Rani & Dobrawa Czocher.  On Inner Symphonies, piano and cello are joined by a range of other instruments to produce a lush, enveloping sound: Rani’s second triumph of the year following her solo release this spring (October 15).  Pêtr Aleksänder (Tom Hobden and Eliot James) join forces on Collage, an album whose cover is redolent of the music.  Piano, strings and synth form works of watercolor art (Moderna, September 17). Laura Cannell and Kate Ellis are more than midway through their series of monthly EPs, which to date have possessed a remarkable consistency of quality and variety of tone.  Based on the titles of earlier entries, we can expect the next four to be titled September Sounds, October Sounds, November Sounds and December Sounds, bringing us through the end of the year (Brawl Records).

Seven saxophones, seven basses and seven voices lend spiritual symbolism to Messe (You are where you need to be), an album that chronicles the deconstruction and reconstruction of faith.  The artist’s name ~ Calum Builder ~ makes the theme seem predestined (ILK Music, September 24). A wide range of instrumentation (trombone, vibraphone, glockenspiel, hammered dulcimer and more) colors Peter Zummo‘s score to Second Spring, a film about the currently incurable Fronto-Temporal-Degeneration disease (7K!, September 3). 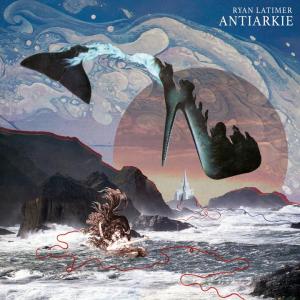 NMC Recordings has announced three releases for September 24.  Ryan Latimer‘s Antiarkie is inspired by “juggling, cartoon soundtracks, Japanese poetry and Moby Dick, while Peter Wiegold commissioned 15 pieces to be played by Notes Inégales in celebration of the EFG Jazz Fest’s 25th anniversary, resulting in Expect the Unexpected and 7balcony plays classically-informed pieces on their synthesized self-titled debut on Birmingham Contemporary Records.  While James Daschow‘s Synchronies: Music for Small Ensembles is technically as described, it’s more experimental than one might expect after seeing the birds (Ravelo, September 10).  Jan Jarvlepp‘s High Voltage does not contain any AC/DC covers.  It does, however, contain some string quartets and quintets that may produce a similar level of excitement (Navona, September 24).