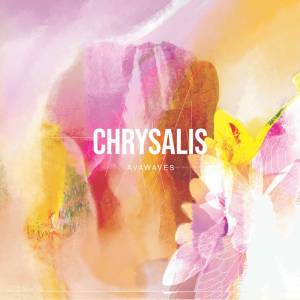 AVAWAVES (Anna Phoebe and Aisling Brouwer) is poised for crossover success with the release of their second album.  This is the sort of music that brings new people to the instrumental fold, combining beats and orchestral elements in an engaging, danceable manner.  The title track builds in layers, attaining its highest level only after one thinks it has run out of surprises.  A cinematic theme is borne by the strings, offering evidence of the duo’s scoring work.  Steady electronic drums provide the propulsion.  The piano ending may remind some of “Because the Night.”

“Seahorse” leads with an eleven-note melody before adding counter-melodies, excising the drums while remaining steady in tempo.  The piano breakdown is mere a few seconds long.  Any track here could be a single, although the obvious choice is lone vocal piece “Midnight Bird,” featuring YVA.  A bonus instrumental version is invisible on Bandcamp.

The stringed elements are repeated like techno loops.  One can remember the tunes after they have stopped playing, and in some cases hum along before the first spin has ended.  Little would be lost if the beats were removed, but we imagine the beatless tracks with beats, which may undercut our argument.  But watch for subtle shifts in timbre, as in the finale of “Danu” and the soft oohs of “Before We Wake” ~ there’s more in AVAWAVES’ arsenal than one is perceived on the surface.

The title refers to emergence, and can be interpreted in light of the pandemic.  The duo recorded in different countries during lockdown, and the album is now about to emerge from its chrysalis.  In other ways, the world is following suit, although not all at once.  The duo also emphasizes that an individual emergence may take place as people draw strength from nature and ~ with any luck ~ this music.  Whether percussive or beat-free, vocal or instrumental, these songs shimmer with hope, like caterpillars dreaming of transformation.  (Richard Allen)