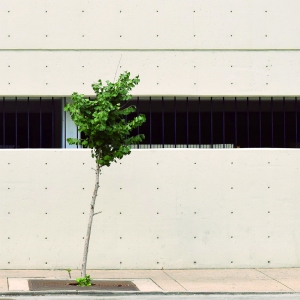 M. Sage gathers a stellar collection of collaborators on Wants a Diamond Pivot Bright: Ned Milligan, Josh Mason, Hakobune and more.  But the real star of the project is Wallace Stevens.  Each track is inspired by and named for a line in one of his poems, and reading the full poems while listening to the music brings a keen pleasure.  In this context, the contrast between indoor rustlings and outdoor beauty becomes the beckoning of “On the Surface of Things,” while playful percussion and guitar embody the line there is no pith in music, a line that one might not encounter without knowing the source.  The music opens up the poems like the poems open up the world.

The bells of “To Sleep or Just to Lie There Still” are as lovely as the sound of wind chimes as one lies in bed, half-dreaming.  Stevens’ poem continues, “Just to be there, just to beheld / That would be bidding farewell, bidding farewell.”  Sage and Milligan present an aural form of contemplation common to ambient music, but shared with poetry.  In like manner, “Valley Candle” is about a candle, but it’s not really about a candle, and the wind heard in the piece is not really the wind, but something comforting or foreboding, depending on the interpretation.  To walk the line is difficult, but Sage and Patrick Shiroishi manage the balance.

“The Cat Forgotten in the Moon” is a lovely title, taken from “A Rabbit as King of the Ghosts.”  One can imagine the animals, the fur, the grass, the sense that

The trees around are for you,
The whole of the wideness of night is for you,
A self that touches all edges

Age has encroached; time has accelerated; distractions have proliferated; as Stevens writes, a horror of thoughts that suddenly are real.  Already in the first hundred flakes of snow we have lost our sense of poetry.  As Sage and Chris Jussell profer, “We Must Endure Our Thoughts All Night, Until,” quoting “Man Carrying Thing,” without defining what the thing is.  The time of year has grown indifferent, writes Stevens, and will not relent.  But as Stevens combines melancholy with medicine, Sage and Lee Noble decorate “The Mildew of Summer” with birdsong.
.

Over and over, Stevens observes, asks questions, answers them, rephrases them, steps back and observes again.  This is the manner in which Sage approaches his music.  Is there a more ambient title than “On the Manner of Addressing Clouds?”  Wisps and puffs operate as reflections of both word and interpretation, honoring the “speech like music so profound / They seem an exhalation without sound.”  The constant presence of nature in Steven’s poems is the backdrop of ambience; the pairing is well made.  In like manner, it is fitting to quote the final words of the album’s final (instrumental) poem:

Space-filled, reflecting the seasons, the folk-lore
Of each of the senses; call it, again and again,
The river that flows nowhere, like a sea.