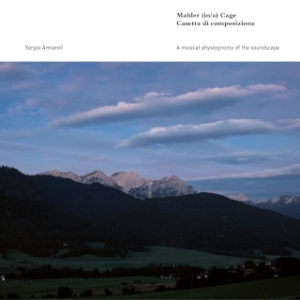 What did Gustav Mahler hear as he composed The Song of the Earth?  This inviting question is answered by Sergio Armaroli and Alessandro Camnasio on Mahler (in/a) Cage | Casetta di Composizione, whose title refers not to putting the composer in a cage, but to John Cage, whose concepts inform the execution.

In his last years, Mahler resided in Dobbiaco (Bozen), writing in the evocatively named Composition House.  Armaroli and Camnasio begin recording outside the house and gradually work their way toward, and then in.  A distant hum marks “The sound of the earth:  at dawn,” punctuated by birds as they begin to awake and sing: the call to the composer to awake, fling open the sashes and begin to write.  But perhaps Mahler had a different start in mind: to walk the meadows and drink in the soundscape.  Would Mahler have brewed a cup of fine Italian coffee, or donned a cap and perhaps a pen?  Would he have stopped to appreciate the sound of the day’s first cowbell, anticipating the arrival of more?  Were the creative thoughts already beginning to unfold?

Behind the birds and bells, the chugging of a distant train can be heard.  These were the years of socialism and Futurism, the halcyon years before the Great War, although the Austrian composer would pass away before the conflict began.  The train spoke instead of travel, of open vistas, of possibility, just as the church bells served as a reminder of time, calling the mind back from its wanderings like a parent calling a child for breakfast.

And now the water, such water, sparkling and flowing, suggesting the smooth edges of a succulent symphony.  Whether house shower or stream, the sound is known to produce inspiration, a white noise that filters distractions.  Soon it envelops the soundscape like an orchestral crush. 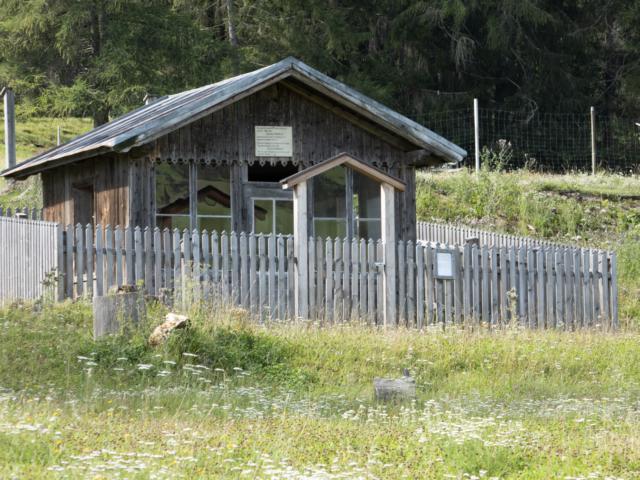 And then the house, in the words of Cage, “a sounding sculpture that lasts.”  The passage of wind through cracks, the echo of boots on earth, the fraying edges and solid understructures.  Someone is hammering, a sound Mahler might not have appreciated as he tried to corral his scattering notes.  But Mahler is hammering too: hammering out his composition in fits and fleets, the Song of the Earth, the great outside partially reimagined as he works inside, creating impressions that others would continue to embrace over a century later.  Not that he was thinking that far ahead; already aware of his own mortality, he was writing of the fear of death, followed by acceptance, caving to the great eternal.

Finally, continued life ~ a family, perhaps wandering the grounds, a symbol of the endurance of time.  New creatures bleat and caw, perhaps the descendants of those met by Mahler.  An audible joy is apparent.  Mahler’s music has entered the flow suggested by the stream, and the earth has continued to sing.  (Richard Allen)