Can you remember the last time you went clubbing? For many of us, it’s a distant memory.  But the beats keep coming, the 12″s keep spinning, and new dance moves are always being invented.  Thankfully DJs and electronic-minded artists have entered a new stage of inspiration, as evidenced by the wide variety of synth and beats currently being produced.  The clubs may be locked down, but our minds and bodies are not.

This is just a taste of the body music hitting the market this winter.  Some draw from the past for inspiration, while others plunge into a new and exciting future!

Our cover image is a shot of the always surprising Lake Baikal in winter.

Rich’s Pick:  Dominik Eulberg ~ Avichrom (!K7, February 22)
In 2019, we were completely enamored by Dominik Eulberg’s Mannigfaltig, whose every track was dedicated to a particular species of fauna.  His new theme is even more specific on the triple-vinyl release Avichrom, as each track bears the name of a color found in bird plumage.  The music is just as warm as ever, the environmental message intact: we must protect such beauty from the forces that threaten to undo it.

Ambience meets IDM on Thresholds, an album about connection that conveys its theme through the art of collaboration.  Francis Harris produces a feeling of comfort, aided by guest musicians Dave Harrington, Pan American’s Mark Nelson and more (Scissor and Thread, February 25).  One would think an EP called Brutal Minimalism would be harsh, but The Black Dog has something different in mind: translating the architecture of Yorkshire into music.  The result is surprisingly melancholic (Dust or Digital, January 28).  Orb-like samples dot the soundscapes of Acrobatic Thoughts, as Panoram knits a drifting blanket, tailor-made for couch philosophy (Running Back, January 14).  Ambience and house music share an apartment on John Beltran‘s EP The Peninsula, ensuring that listeners can dance if they want to, but if they don’t dance, they can still be his friends (npm, January 24).  Keyboard enthusiasts will love A Letter from TreeTops, the dreamy debut album from Pnuematic Tubes on Ghost Box (February 25).

Alaskam‘s Norah looks cold and does have an element of chill.  The center of the album turns ambient before a return to more active synths (January 20).  Liam Mour‘s calming EP Above is preceded by the title track, which tucks choirs into beds of ambient beats (Ode to Youth, February 25).  The smooth, languid beats of Martin Buttrich presents Stoned Autopilot seem tailor-made for the couch months.  Preceded by singles “City Pulse” and “Lovefields,” the full album is set for release on March 4 (FRNTR).

Blutch has already released a quartet of singles from Terre Promise, each a slice of dance floor ebullience.  From breakbeat to jungle, choir to chime, the album keeps its positive spirit intact throughout its running time and beyond, thanks to six bonus remixes (Astropolis, January 28).  I haven’t been to Wentworth Forest lately, but when Brecon went there, what a find!  He had just started his walk when he found a perfectly pristine drum kit with plug-ins.  Who would leave such a thing lying around?  So of course he got right to work, as seen in this video.  The album Fore is out February 18 on With Bells.

Given their pedigree, we’re always going to be interested in anything Jimmy Tamborello (Dntel, The Postal Service) and Mitchell Brown (LAFMS, Sun Araw, Sissy Spacek) do.  The fun cover on Warm Former helps too, as does the presence of a track titled “Worm Farmer.”  These experiments under the moniker Sana Shenai combine the Foreworm EP with seven playful tracks appearing for the first time (Les Albums Claus, January 21).  And while half the tracks are vocal, we must mention Bonobo, because the instrumental pieces are so solid and he’s one of the few such producers to hit the big time.  Multiple guests appear on Fragments, announced with plans for a world tour that we really hope will happen (Ninja Tune, January 14).

Synth veterans Tangerine Dream return (in truth, they’ve never left) with Raum, which should please longtime fans with its retro flavor.  The title track is the first single (Kscope/Eastgate Music, February 25).  Ben Peers uses algorithms to create the non-linear sounds of Patterns Generated by Recursion and Patterns Generated by Uneven Alternation.  The bright-toned works will be unveiled January 14 on Elli Records.  After “tumbling through emotions” during the pandemic, Recondite has produced an equally moody set, capturing the back and forth between hope and despair, lethargy and motivation.  Taum (whose title is an invented word) is out January 14.  Oh those bells!  Michael Rother & Vittoria Maccabruni find the sweet spot between agitated and calm on As Long As the Light, preceded by single Edgy Smiles (Groenland, January 21). 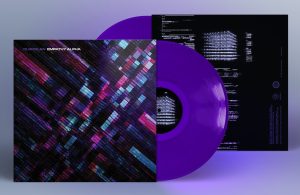 Hot on the heels of December’s multi-colored cassette release op + errata, clocolan is preparing the purple and turquoise record Empathy Alpha, a sci-fi tale with spoken narrative, embedded like a podcast on vinyl.  Jupiter Jax offers two side-long tracks on Lower Your Entropy, the only downside being that if you actually want sides, you’ll have to order quickly: only twenty copies of the cassette can be made, and you can’t flip a download (Lonely Planets, January 5). DRNTTCKS decorates the cover of Nein + Nein with a pill, a pogo stick, a cat, a cupcake, barbed wire and blood; their synth ‘n’ drone is a coy response to current conditions (Otomatik Muziek, January 15).  Клет‘s second album is another sci-fi excursion, referencing classic literature and the futuristic synth of a bygone age.  1984? Нет was released on the first of the year.

Don’t call Lucy Plays Wanton Witch a cover album; it’s more of a tribute, as the label owner of Stroboscopic Artefacts uses source material from Wanton Witch as the basis for new compositions.  The aggressive sound shows two nations and personalities uniting on the club floor (February 11).  Pounding techno is produced with the aid of a Plasma distortion unit pedal on iteritax, a booming new set from Barcelona’s carrot, whose pandemic was spent recording several tracks a day (trip recordings, February 4).  Also upcoming on trip: the hard-hitting compilation all his decisions, a double album inspired by trance and psychedelic trance (March 4); while Barcelona’s Sin Hilo counter-attacks with IDM and electro on their own compilation DEKA (January 21).

Returning to his original instruments after thirty years, Soichi Terada sounds as if he never left.  The techno grooves of Asakusa Light resonate with a 90s glow (Rush Hour, January 7).  A mini-supergroup was formed when a trio of veterans decided to combine forces as Hypernatural.  The self-titled debut is warm and fresh, inspired by natural beauty and infused with the rhythms of house (January 14, International Feel).  Deep house is represented by Field Guide II, a compilation from North Carolina’s Maison Fauna that gathers some of their most club worthy artists under a red and orange marbled roof (January 14).  The hard techno of DVRTN may make many needles leap from records; the Incontri EP is out January 14 on Le Rio.  For Detroit techno, turn to Jordan GCZ, formerly half of Juju & Jordache, going solo on My Brain’s Brain (minimal detroit, February 1).

More deep house can be found on Euphoria, the debut album from Dylan Dylan.  Pink vinyl, t-shirts and slipmats sweeten the deal, but the artist is strong enough on her own, as evidenced by lead single “Hope You Will Find Peace” (Shall Not Fade, January 14).  The label has been on a roll this winter, having just released a 6th anniversary compilation; their upcoming EPs include Paul Rudder‘s Feels Like Forever (January 14); Mathieu Faubourg‘s Aqua (January 14); THEOS’ Turn Up Marty (January 21); Tilman‘s Touch Me Fantasy (January 28); Justin Jay‘s Hypnotized (January 28);  and Prozak‘s Holy Spirit (February 4), plus Hypho‘s full-length set Time Is Now White Vol. 10 (January 22). 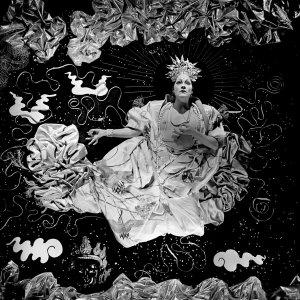 Birds ov Paradise‘s Memorial is a melancholic yet life-affirming affair, composed during the pandemic, with each track dedicated to a loved one.  Each of the album’s four sides is mixed for a continuous listening experience (Hypnus, January 18).  Following 2021’s 30th anniversary, Tresor Records keeps on churning, as evidenced by the propulsive Ideoma, a floor filler EP from the new Argentinean duo Oscean (January 28).  Techno, disco and ambience occupy different rooms under the same roof, owned by Fort Romeau.  Beings of Light brings the DJ’s poise to the recorded format (Ghostly International, February 11).  Elektra Guzzi rocks and grooves at the same time; Triangle is due March 18 on Palazzo, preceded by the thumping single Prototyp.

Acid, breakbeat and jungle rule the roost on Hexe Culto‘s supremely danceable Tumulto, a treat for 90s fans who wish more of this music was still being produced (Tripalium, January 5).  Long-time IDM stalwart datassette presents the Sentinel EP, pairing his dual love of ambience and drum ‘n’ bass.  Four tracks should tide us over until the next opus (Lapsus, January 21).  Hard breakbeats produce a feeling of propulsion on Volruptus‘s EP Pyrolatry, which should keep many a dancer warm this season, in Reykjavik and surrounding areas (Tripalium, January 28).  The dark and dramatic Ragemaker is anything but subtle, but it sure is strong.  Surrounding beats with orchestral elements (including Taiko drums, as heard below!), iVandersphere provides listeners with the feeling of racing through an apocryphal landscape (Metropolis, February 4).  Dark floor-fillers occupy the grooves of Ovid‘s Stone Coaster EP, which includes a remix by Akito (Flood, January 7).  Jeph Vanger‘s Cyclothymia is the first release for the inklingroom imprint, making an immediate impact with its toughness and grit.  A Yraki rework adds to the excitement (January 7).  And drum ‘n’ bass fans will likely be overjoyed at the arrival of Torn‘s Borderline, filled with key collaborations (Samurai Music, January 28).

Back to the Matrix

Complexity is key in Nondual, the musical arm of an audiovisual project that one may visit in Kiev and Amsterdam.  Albert van Abbe‘s interlocking rhythms and morphing backgrounds provide a feeling of suspension that is only enhanced when heard in conjunction with sister release Dual, a collaboration with raster label head Olaf Bender under the pseudonym VA x BY.  The first is out February 3, the second March 18.  Salvatore Mercatante produces a generous amount of short ambient and glitch pieces: 32 in total, meant to be played in whatever order the listener chooses – easier on the mini-disc edition than on the cassette (Noci Miste, January 14).

Seoul’s Helicopter Records and Berlin’s Psychic Liberation combine to present Earwitness, a very distinctive album from the enigmatic Joyul.  Half of the tracks contain vocals, beguiling and strange; the instrumentation shifts beneath the feet as one listens, justifying the title (Helicopter Records / Psychic Liberation, January 5).  Recent Arts provide commentary on our relationship with the digital on Hypertext.  The album incorporates snippets of dialogue and computer glitch, but closes with breath: a reminder that we are still – for now, at least – human (REITEN, February 11).  The mysterious Stormy Acres is known for using unusual elements, creating a thick morass of music.  Star is the artist’s latest abstraction, due January 21 on Not Yet Remembered Records.

Gongs, bells, violin and harmonium populate Racine‘s Amitiés, a study of isolation and yearning for connection.  Arigto guest-stars on one track (Danse Noire, January 21).  Mazen Kerbaj is set to release two albums at once, Sampler and Sampled.  The first is packed with trumpet solos, while the second turns these sounds over to Nyege Nyege, Marina Rosenfeld, Rrose and more, resulting in an explosion of unexpected treatments (Morphine, February 25).  African polyrhythms meet house on Kila Mara, the genre-bending debut from Alai K (On the Corner, January 31).