Sophia Jani ~ Music as a mirror 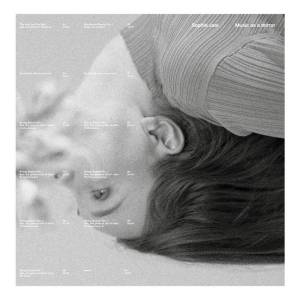 Sophia Jani‘s literate debut is released just at the right time, as winter turns to spring.  The awakening of this music is like that of petals to the sun.

Last November, Jani introduced herself to the world with the piece “The dark and the light and everything in between,” inspired by the Charles Bukowski poem “Mind and Heart.”  The track was a turning point for the composer, who seemed to have found her voice during its creation.  Jani’s new phase has become the opening point of the album: strings dancing, pausing and dancing again, as if choosing between personas and realizing that neither need be discarded; as she writes, “light and somber at the same time.”

Shifting gears, the title track is written for woodwind quintet, echoing Robert Greenberg’s treatise Music as a Mirror of History while removing the last two words.  This slight modification makes the composition ever more personal and constructs a bridge for the listener to cross.  For the composer, music is a mirror of the soul; for the listener, a music collection can mirror a life.  The thirteen minute composition, performed by the Dandelion Quintett, remains confident and active throughout its playing time, an unstoppable, colorful force.

“Everybody was so young” is a two-part work, its title taken by Amanda Vaill’s historical novel of the same title, a love story in which the couple crosses paths with Hemingway, Fitzgerald, Picasso, Porter, Parker and other famous personages.  This is an interesting topic for a young composer to tackle: gazing back at the freshness of youth, like an old soul.  The doling restraint of the opening movement demonstrates a laudable maturity, setting up the frolic of the second.

Then arrives the album’s heart, based on the opening stanza of Marjorie Pickthall’s “Daisy Time”:

See, the grass is full of stars,
Fallen in their brightness;
Hearts they have of shining gold,
Rays of shining whiteness.
.

The meter matches that of “Good King Wenceslas,” but Jani chooses a different direction with a 19-minute, seven-movement suite performed by the Kontai Ensemble.  The composition alternates between reflection ~ looking down, as if to dew-speckled grass ~ and thankful wonder.  The poem treats earthly rejuvenation like manna, and the strings offer a commensurate reply.  “Part IV” veers from the script, introducing a welcome tension, collapsing in on itself, paving a path for resolution.

The album ends with another clipped title, “Andrà,” an Italian word that commonly leads to andrà tutto bene, or everything will be fine.  This interpretation includes a play on words, fine signifying the end of a composition.  As Carlos Cipa plays the ivories, the listener attempts to incorporate this hope, that through war, famine and disease, there is still an opportunity to discover inner peace, borne by the currents of spring and the fallen stars, shining in the grass.  (Richard Allen)