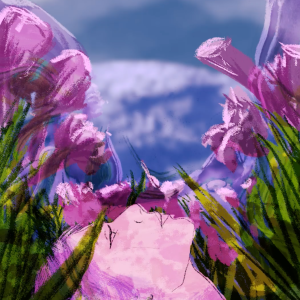 For the past two years, we’ve all been going through the same emotions, which has nudged the artists and audiences even closer together.  This season’s crop of modern composition looks forward and back at once: to the lifeline music provided during the pandemic to the hopes of dreams of a populace yearning for good news.  While most of these recordings are peaceful, a few are turbulent, a reflection of hearts and minds in motion and the shifting currents of the sociopolitical climate.  These releases sound genuine, honest, and true to life: as mirror-like as they are opaque.

Rich’s Pick:  Luke Howard ~ All of Us (Mercury KX, April 29)
Like many artists, Luke Howard saw his album pushed back to a new season due to vinyl delays, but we’re happy to double down on the beauty of All of Us, now scheduled for April 29, because now we can make it our top pick.  Howard’s launching point is piano, but Ben Lukas Boysen and the Budapest Art Orchestra help to make this one of the highlights of any season.  And be sure to check out Howard’s World Sleep Day Release, “A Bad Dream That Will Pass Away” as well!

Every Spring Music Preview contains a healthy amount of piano music, as Piano Day always falls within its span.  This year, the 88th day is March 29, and we look forward to a happy celebration.  The best part:  Leiter’s 32-track compilation of brand new piano pieces from around the world!

On the tender Study of the Invisible, Vanessa Wagner tackles songs from fourteen composers, including Brian & Roger Eno, Nico Muhly and Bryce Dessner.  Many of these tracks are appearing for the first time in any form.  There’s even a sculpture and vinyl edition, albeit very expensive (InFiné, March 25).  Speaking of Roger Eno, he’s got his own album coming out on April 22, with enhancement by the German String Ensemble Scoring Berlin.  The Turning Year leads listeners through the calendar with a love of nature and a sense of grace (Deutsche Grammophon).  And Ici d’ailleurs’ Mind Travels resume with Shimmering, a swift-noted entry from Melaine Dalibert, whose “Epilogue” is the closing piece on Wagner’s album.  Everything is connected! (March 25).

piano and coffee records will be releasing two albums to mark the occasion.  Birds sing throughout ray of hope, which makes a fine companion to The Turning Year above.  Lorenz Weber‘s two long pieces cast a line through the seasons, allowing plenty of space between the notes (March 25).  Ironically, Ola Wagner‘s Waves was inspired by stillness, but “Flying Fish” is more active, as befits the subject matter.  The set is a reflection of a lockdown spent on the ocean.  We doubt Ola is related to Vanessa above, but wouldn’t that be something? (March 29).  It’s easier to connect Vanessa’s Study of the Invisible to James Heather‘s Invisible Forces, which addresses themes from balance to ancestry to forgiveness and the spirit.  Heather writes that composition became an anchor in difficult times, while Ola Wagner dropped a physical anchor to find peace; are the patterns real or just apophenia? (Ahead of Our Time, April 22).

Deutsche Grammophon continues its fine run of releases with a stripped down solo piano album from Joep Beving.  Hermetism addresses the seven universal laws of nature in an attempt to find – and inspire – balance.  Like Heather above, Beving found that the very construction of the album became a balm during the pandemic (April 8).  The self explanatory Scholz Plays Otte and Cage is Kristine Scholz‘ tribute not only to the separate composers, but to their friendship (Thanatosis, April 22).  German pianist nunu treats music as a diary; her observations of love and life narrate the romantic Things I wasn’t able to tell you on the always-reliable Schole (March 25).  Brian Eno collaborator Tom Rogerson has been through a lot in the last few years: losing a parent, gaining a child, being diagnosed with cancer.  This year he shares his journey on church piano on Retreat to Bliss, with occasional lyrics to punctuate the notes (Western Vinyl, March 25).  Jazz pianist Yves Léviellé returns with L’Échelle du Temps, a tender set with string quartet (Effendi, April 8). 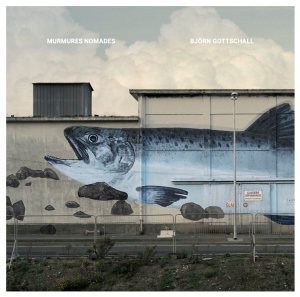 We love the story behind Björn Gottschall‘s Murmures nomades. Just before he was about to leave Breton for a London recording session, the pianist was told that his vaccination card was not valid.  His despondency led to a cold, and he trudged to a local studio to record the songs, oddly encouraged by a mural of a fish.  The painter of said fish gave permission for him to use the art on the album cover, whose promotional efforts included (plush) fish in plastic bags.  All’s well that ends well, and the album of lullabies will be out on April 10.  Danny Holt plays the Piano Music of Mike Garson, the culmination of a life-long friendship.  This composer’s style has been called the “monster piano technique,” but there’s no need to be frightened! (Innova, April 22). 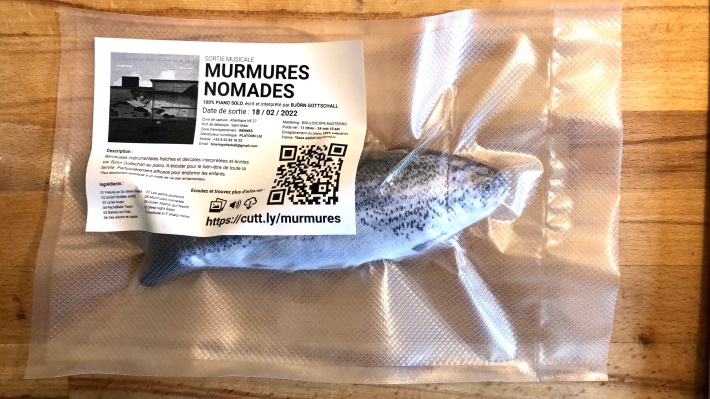 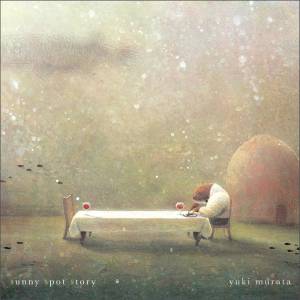 Blair Coron‘s gorgeous Cairn draws from folklore and history, with embedded narratives about the Scottish Highlands from the people who have lived there.  The orchestral settings are a perfect backdrop for the narrative (March 25).  Anne Dudley (Art of Noise) returns with Crossing the Bar, which references Tennyson and whose selections are split between solo piano and string quartet.  Later this year she will conduct The Southbank Sinfonia Orchestra on a 40th anniversary tour of ABC’s The Lexicon of Love (Buffalo Music, April 29).  Anoice’s Yuki Murata returns with a lovely double album of solo piano and string-topped piano, included in a 15×15″ box set with sheet music and art cards, courtesy of Naoko Okada (who also illustrated The Hidden Forest).  Sunny Spot Story is out April 27 on the Ricco label.

Freya Lily follows the enchanting Something Calming with the Disconnect EP, on which field recordings and light electronics produce a warm glow around the piano (May 6).  David Friend and Jerome Begin join forces on Post-, combining solo piano with electronic processing, though we’re pretty sure that means it’s no longer solo piano!  This is a perfect time to mention that New Amsterdam also has a subscription option, which drops 21 albums into the purchaser’s account while leaving room for more (March 25).  During the pandemic, Rubin Henkel was inspired by photographs his father took before the fall of the Berlin Wall.  This collection is now a visual and audio package, Restless, led by a video that dives into the difficulty of making music (7K!, May 6). 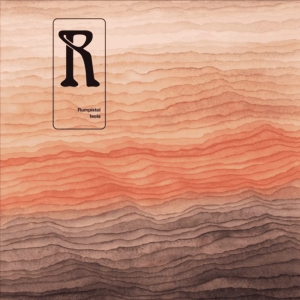 Rumpistol‘s Isola is a piano album at heart, but expands its horizons with ukulele, bass, drums and synth, repeatedly returning to quietude before setting out again.  The title is related to island and isolation, and is meant as an invitation to discover the healing power of nature (Jazzfuel, April 1).  The original score to I Was a Simple Man contains piano, drone, sax and synth: a moody combination given the Oahu setting.  The Criterion film traces the final days of a patriarch as he looks back on his life, which makes the music of Alex Zhang Hungtai and Pierre Guerineau a perfect match (Éditions Appærent, March 21).  Film composer Andrew Yarovenko is “disillusioned with capitalism” and responds with immersive debut Start Somewhere.  The piano takes the lead, but is joined by strings, electronics and a beat (May 20).

There’s a slight similarity between the cover photos of Superpoze‘s Nova Cardinale and Daniel Bjarnason’s Processions; this may not be intentional, but it’s promising.  The artist (also known as Gabriel Legeleux) offers an orchestral mix that includes choir, flutes and drums, but knows how to use restraint (Combien Mille, March 25).  The Land Dictates the Lay of the Stone is the premiere release on the Earth Memory Recordings label.  O.G. Jiggs‘ work for small ensemble covers British geography and folklore, with moments of dissonance keeping the listener on edge (April 22).

Hatis Noit, Masayoshi Fujita, Daniel Thorne and Rival Consoles each contribute a track to Music for kō, a commissioned work that kicks off the 15th anniversary of the remarkable Erased Tapes label (April 1).  Before the international space station comes crashing back to Earth, we can enjoy Space Station Earth, an extravagant album from prolific scoring artist Ilan Eshkeri.  The concert will pair images from above with music from below (Sony Masterworks, May 13).  Harpist Yolanda Kondonassis asked fifteen artists to compose FIVE MINUTES for Earth, and the results are found on the album of the same name, a gentle ode to the planet with an ear to the crisis of climate change (Azica, April 1).

Finding Home is the new album from qanun player Maya Youssef, a wonderful way to get to know this instrument, a relative of the autoharp.  The music travels around the globe, but keeps thinking of home (March 25).  Flutist Elsa Nilsson is joined by piano and bass friends on Coast Redwoods 41°32’09.8”N 124°04’35.5”W, a calming, jazz-tinged nature set.  A handcrafted “field atlas” book is also available, packed with art, poetry and prose (ears&eyes, April 22).  Happy 40th anniversary to the Los Angeles Guitar Quartet, who are celebrating with the release of Opalescent, gathering songs about “the luminous nature of music.”  Eight composers are included, spanning multiple generations (April 8).  It’s hard to believe John Williams is 90 years old!  He joins Anne-Sophie Mutter for Violin Concerto No. 2 and Selected Film Themes, a wonderful way to celebrate a nonagenarian’s life.  Han Solo and Indiana Jones are invited to the party as well (June 3).

NMC Recordings has two releases scheduled for March 25.  Melodys of Earth and Sky pairs the prose and poetry of 19th century author John Clare (as intoned by Toby Jones) with fiddle tunes transposed to clarinet and violin by Julian Philips.  Psappha Commissions gathers a half dozen works by the group performed over the past twelve years and presents them in recorded form for the first time.  Those unfamiliar with Armenian music may want to check out Gems from Armenia, which contains a “panoramic survey” of classical music from the region, culminating in a brand new work by Peter Boyer, presented with love by The Aznavoorian Duo (Cedille, April 8).  Annea Lockwood and Maze translate geography into sound, cutting labyrinths of music that swerve and bend like prospectors on the hunt for gold.  Part composition, part improvisation, Bayou Borne / Jitterbug makes for an immersive, mysterious listen (Moving Furniture, April 21).

On Effigy, Brian Baumbusch‘s music is conducted by Dustin Barr and performed by the CSU Fullerton Wind Symphony and Other Minds Ensemble.  The compositions cover both kings and isotropes, two subjects not often found in the same place; although one of the “Isotrope” tracks is subtitled “Coronation” and sounds like a royal procession (Other Minds, April 8).  We could have placed Ensemble Dal Niente‘s object/animal in our Experimental category, but we like it here.  Still, it’s hard to categorize, as it begins with a beer can on harp strings, showcases two sopranos, and plunges into synth and pop while retaining an orchestral flair (March 25).