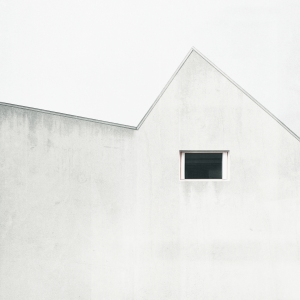 The idea of sanctuary is inviting: a place of safety, where no harm will come; a welcoming nation for refugees; a place of worship, free from the outside world.  In Georges Daou‘s album of the same name, sanctuary refers to an escape from the pressures of society, technology and the daily grind, although the journey there is hard-won, fraught with rumination and regret.  The tape loops contain this feeling of looking back, repeating old thoughts and problems, wishing that things could have been different.  The opening moments present a cassette, warbling as it unspools, reflecting the distortion of memory over time.  Spoken word poetry is subsumed by the music.  But eventually and gracefully, the album achieves a feeling of peace, “a safe space in an unstable place.”

Hearing the crackle of static and the world-weary narrator, one imagines the perspective of an older person as he looks back over his life.  Are these the snatches of music from a relationship, a wedding, a life together?  Has the partner left, through disagreement or death?  Whatever the tale, the music bears a deep sadness, a desire for the loops to stop spinning.  Yes, those winter days were beautiful, but to dwell there is to be lost ~ the porch today is comfortable, the sullen sun lovely in its solitude.  “Misgivings” strikes a chord, but not the only chord, not the final chord.

In “Sauldre,” the journey becomes audible with the sounds of footsteps and birds.  Finally there is forward movement, not just circular.  Literal and metaphorical winter are ending together.  Bells tumble through “Sand Seller,” intimating the rusty call of an old church chime.  The doors open to a new perspective.  As the waves lap on the shore of “Beginnings,” Daou introduces the album’s most overt melody, as if the ancient narrator has made his peace with the past, the ghosts have all gone home, and the angels have gotten their wings.  Here is rest; here is sanctuary.  (Richard Allen)