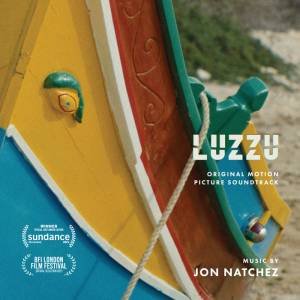 Some may have missed this independent Maltese film when it was released last year, but every reviewer loved it; the Rotten Tomatoes score stands at 100%.  The film has a lot in common with Oscar winner Coda; Luzzu addresses family struggles, financial burdens, the old ways versus the new, the decline of the independent fishing industry and the threat of corporate buyouts.  But Luzzu is its own creature, and also boasts a couple things that Coda does not: a more compelling original score and a lovely, hand-painted vessel.  And while Coda was carried partially on the strength of song, building its way to a Joni Mitchell duet, Jon Natchez was given the task of carrying the mood of Luzzu.  One of the hardest challenges was the need to convey multiple emotions, including anger, desperation and betrayal, while keeping the tone light enough to preserve the viewer-listener’s allegiances.  Natchez’ secret weapon is Mary Lattimore, whose harp contributes a feeling of peace amidst the electronics, brass, woodwinds and strings.  Even when she appears in the midst of great tension, there is relief.

The release of a film score often involves unseen choices: does one include all of the incidental music?  Should the tracks appear in the same order they did in the film?  The sequencing of the album is of note, in that the end credits appear well before the end ~ the thirteenth of nineteen tracks.  As a result, the set flows like the current that carries the handmade boat (luzzu).  When separated from the film, the score seems a more positive take on the story; though the tension is present, it is subdued.  The last track of the album is also its jazziest and most languid, suggesting a slow trawl, a hand skimming the surface of the water.  In this piece, it seems as though everything has been resolved, although the title of the piece is “Nothing’s Biting Today.”  And the album’s most confrontational piece, the slightly dissonant “The New Hawker,” also appears after the end credits, as does black market track “The Swordfish,” creating a remix of the story by moving the darkness of the second half outside the lines.

On the soundtrack, the conflicts appear before the listener knows they are conflicts: “The Care He Needs” arrives less than a minute in.  The foreboding “The Foreign Chill” seems more like a squall than the death of an industry.  This allows Natchez to build to a beautiful middle, beginning with Lattimore’s tonal counter-offer at the end of “The Foreign Chill” and culminating in the peaceful triptych of “Afternoon Nap,” “Like Any Other” and “Happy” and the Theseus-inspired “Once There Was a Boat.” In the resequenced set, inner hopes receive more attention than outer circumstances; the listener receives a happier ending than the viewer.  Even when the boat is gone, the idea of the boat remains.  (Richard Allen)