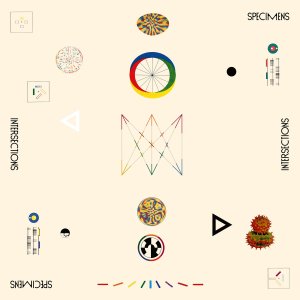 Alex Ives has been refreshingly candid when providing notes about his previous albums. In 2017, he said of Sculptures, “I didn’t want to make a record intentionally difficult to listen to, but I wanted uncomfortable moments.” A year later, for In The Dust Of Idols, he noted: “I wanted to create something dense & heavy… it makes you feel like it has the weight of time stitched into it.” His assessments are, on the whole, accurate. Idols, in particular, is an uneasy listen – Ives embraced long, unwinding drones on this album that swept in, providing a stark contrast to any accessible ambient elements.

Over four years have passed since Ives’ last album as SPECIMENS – it’s been an interesting time. His EP Café Songs was written and released in support of Black Lives Matter; a series of sketches on guitar and saxophone over the sound of a busy café, he dialled back the density and uncomfortable moments. The world outside has enough heaviness and discomfort to be getting on with, and perhaps Ives’ instinct was to counter that with simply lovely music. It is an approach that he has followed into Intersections. Again, we don’t want to assume too much but, during lockdown, it is probable that Alex Ives thought – you know what would be good to do? Play music with people in the same room!

The people that SPECIMENS plays with on Intersections could be an ACL reader’s dream collaboration. Midori Hirano and Benoît Pioulard play on two tracks each; Peter Broderick and Emilie Levienaise-Farrouch contribute one apiece. Given that Ives plays a wide array of instruments and doesn’t credit individual contributions here, we would have to speculate who plays what and where it appears. However, this isn’t the point of the exercise – this is about collaboration. It is the result that is savoured, not necessarily the individual ingredients.

The six tracks on Intersections are more delicate than on previous SPECIMENS albums; there’s no heavy drone arriving to disrupt these thoughtful compositions. The music shimmers gracefully, slowly ebbing and flowing in a way that soothes and calms. The first Pioulard collaboration, “Marble Bones,” has subtle piano and saxophone fluttering around the ambience; the second is content to leave a wide-open space in the middle of the soundscape while little grains, sparkles, and bells occupy the outer perimeter. This is beautifully crafted ambient music; each note has its place, but it feels like a natural, organic occurrence rather than a composed piece.

As the closing track fades into silence, we are left with a profound feeling of comfort in these dark times. Intersections reveres the moments when we have the opportunity to interact with people – maybe it is to have a walk in the park, enjoy a drink in a pub garden, or collaborate on a music project. There has been an audible change in SPECIMENS’ sound between albums; Intersections has no need to be heavy or dense, with uncomfortable moments. It’s a simple celebration that people need people. (Jeremy Bye)